Some of the greatest football photos you will ever see are currently on display at the State Library of New South Wales.

The world's best photojournalism from 2019 can be currently viewed in Sydney until October 18 at the State Library, including photos of Liverpool's UEFA Champions League title celebrations, Flamengo winning the Copa Libertadores for the first time since 1981 and women playing football in Northern Benin.

The World Press Photos of 2020 show a stunning collection of the year that was covering football, other sports, news, the environment, portraits and more.

Here are just some of the incredible football photos on display as well as few from other sports. The story behind the photos can be just as interesting. This was Flamengo's first Copa Libertadores title since 1981. Gabriel Barbosa scored twice, in the 89th and 92nd minute to record an incredible 2-1 comeback victory against River Plate. The young boy in this photo has a fake beard and dyed hair to emulate Barbosa. Bélassé Tchari (left), in Gouandé, Benin, gets up every morning to work in her field to feed her seven children. She encourages their footballing ambitions.
OLIVIER PAPEGNIES

The Gazelles de Gouandé from Gouandé village in northern Benin is one of 16 football teams set up across the country with the aim of giving young women more control over their futures through sport.

The project, established by the Plan International organization, aims to empower women by promoting self-confidence, widening educational opportunities, and through advocacy against early marriage.

Following the 2019 Women’s World Cup, there was an international surge of interest in women’s football, and projects like the one in Benin can be seen as part of a wider view of the power of sport to unify and spread social awareness. The Gazelles de Gouandé in Benin is one of 16 football teams set up across the country with the aim of giving young women more control over their future.
OLIVIER PAPEGNIES

And from other sports: 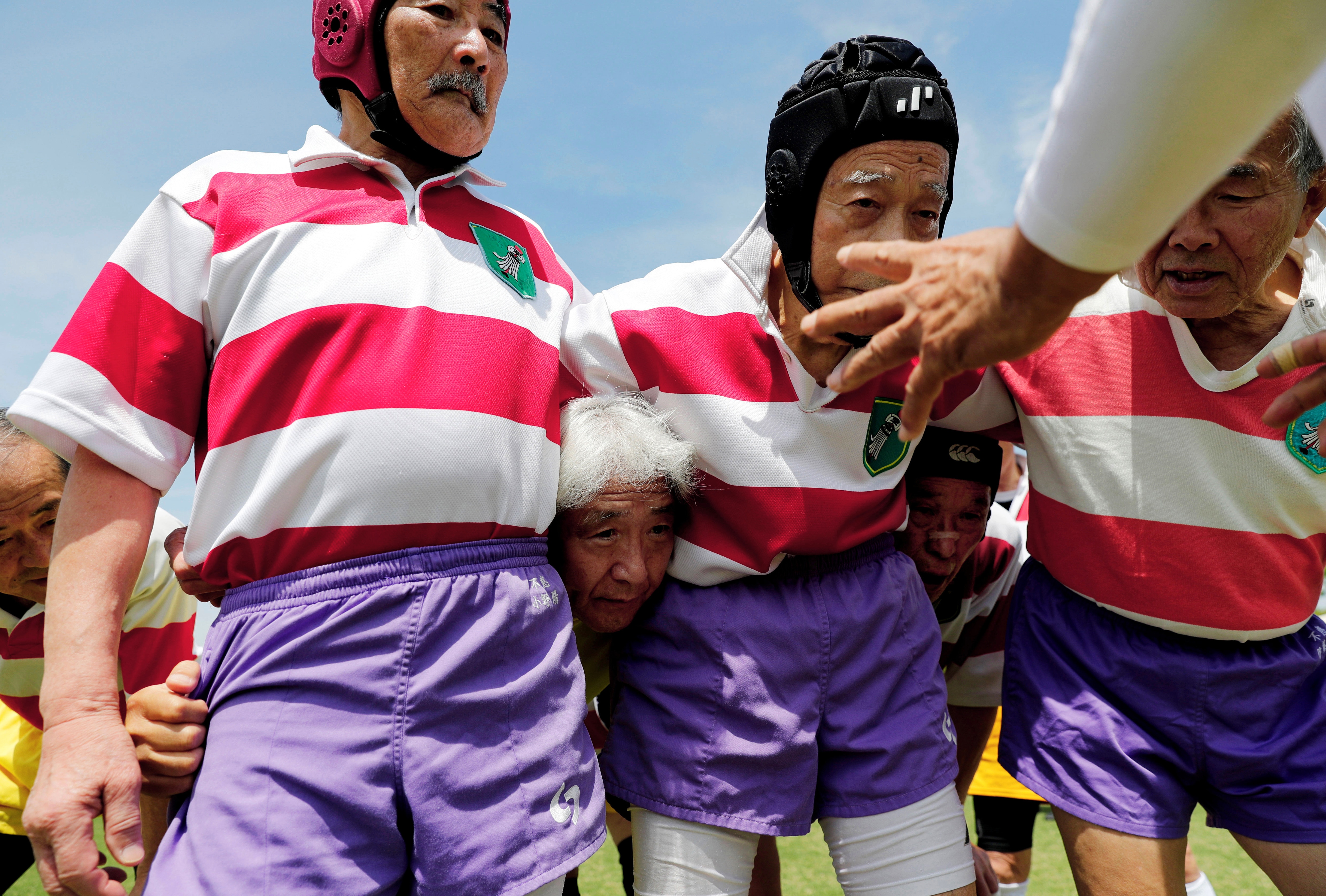 Tokyo’s Fuwaku Rugby Club, founded in 1948, is one of around 150 Japanese clubs that stage competitive, full-contact matches for players over the age of 40.

Japan is the country with the largest aging population in the world, according to a United Nations report, with 28% of its population aged 65 or more.

Seniors are particularly vulnerable to loneliness, with 15% of elderly men living alone having fewer than one conversation in two weeks, according to a report in The Japan Times.

Rugby not only keeps the players active, but offers a ready-made social life. The 2019 Rugby World Cup, held in Japan from September to November, boosted awareness and enthusiasm for the sport, with match attendance breaking previous World Cup records.