The grassroots club which pioneers fee free football for youngsters to pursue their dreams is sticking to its no-pay-for-play credo despite escalating registration fees.

Sydney-based NPL outfit Dunbar Rovers dug deep to fund registration levies for youngsters nearly four years ago to open pathways for kids who might otherwise have been lost to the sport.

While clubs across Australia often slug parents in excess of $3000 a season (including incidentals) for the privilege of their kids playing the game, Dunbar have delivered a form of football utopia which offers access to all.

The recent 11 per cent rise of the National Registration Fee levied by FFA on youngsters is the latest tax to hit parents who already pay the world’s highest participation fees.

But Dunbar aren’t flinching and have even expanded their free-for-all to girls football as they spread a form of football socialism at odds with the model perpetrated elsewhere in which kids’ registration fees go in large part to playing often sky-high wages of first team players at Australia’s 126 NPL clubs.

Peter Hennessy, one of the NPL3 team’s directors, describes them as “the lone rangers”, with the club’s youth teams producing the best combined results tally across their age groups.

Their under-18s also won an NPL double, and produced Ahmad Taleb, a 16-year-old Lebanese refugee who trialed for Sydney FC.

They also extended their model to the girls with three teams entered in the NSW Conference League, which sits below the NPL.

Their under-17s girls made the grand final and nine out of the club’s 10 teams made their respective finals.

Hennessy doesn’t advocate that others follow the Dunbar philosophy, where first team players go unpaid and the club stages fund raising luncheons - the most recent featuring Mark Schwarzer and Tony Popovic as guests.

But the idealism runs deep, with Hennessy explaining: “We’re the only rep team in Australia doing this ... it’s a community model and it depends on the support of sponsors and people getting involved.

“We have no full time paid staff with people magically doing things. It’s about all working for the common good.

“We don’t pay our players and consequently we don’t fleece the parents of the youth. Any money that we do raise is funneled back into the club.

“If you like it’s a bit of a socialist model. Even with the fees going up we absorb the increase.”

The club gets parents to take advantage of the government-funded Active Kids Rebate, which effectively hands a $100 in registration fees straight back to them.

“We don’t want costs to stop talented players trying their luck at rep level and being lost to other sports like rugby or AFL where the barriers to entry are very low,” added Hennessy.

“Football isn’t making it easy for gifted kids to play the game and that’s what we’re doing our little bit to change.”

Football NSW has imposed a $2400 cap on NPL1 youth fees, with the unintended consequence of all the states clubs now charging what has in effect become a de facto recommended retail price.

On top of that many kids also attend private academies which charge up to $2000 per term, while Football NSW also runs its own elite programs at a cost of $1500.

Hennessy admits that Dunbar are hamstrung in their ambitions by a funding structure which is more give than take.

“We’re looking to get our own ground, maybe in partnership with council or schools, to get access to our own facility whereby we can generate our own income,” he said.

“We want to go to the next level and grow as a club. We’re not satisfied with just being sustainable.

“We’re about doing something different from what’s already out there.”

Back on the field the team from Sydney’s eastern suburbs plays a senior preliminary final against St George City on Sunday - the furthest they’ve ever been - with the reward of a grand final beckoning. 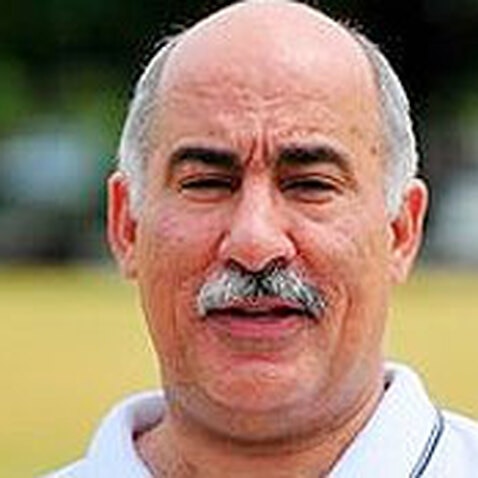