Mark Bosnich may have risked the wrath of the Australian football community last week, but did his unenviable task really teeter on the edge of injustice?

Picking Australia’s very own Mount Rushmore proved rather straightforward for the former Socceroos goalkeeper, but he left one iconic name in the valley.

Instead, four others claimed their place in his football folklore, with Bosnich paying homage to those who came both before and after him.

“If you want to go all the way through history, you’d have to put Rale Rasic because he got Australia to the World Cup for the first time ever,” Bosnich said.

“You’d have to have Johnny Warren, who was a great player and a great pundit as well.

“That would be the four; that’s what I would have right now.”

The exclusion of one Tim Cahill came as quite the surprise in truth, with the 40-year-old only a year removed from a career carved in fame and fan fervour. 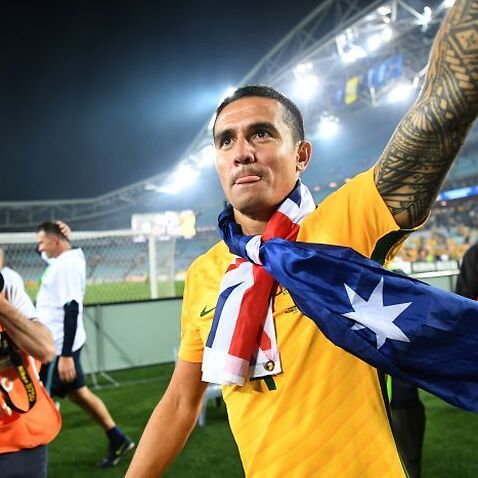 While Rasic and Warren remain etched as a result of their incredible contribution to the history and development of the game, Kewell and Viduka's positions prompt second thought.

For what the former Leeds United teammates had in class and quality, Cahill more than made up for with sheer commitment and determination.

Such was his drive and unexpected surge to stardom, the £1.5 million (A$2.86 million) transfer fee between Everton and Millwall remains arguably the Toffees’ best piece of business in club history.

Rarely has a player punched above their weight as consistently as Cahill, who left Merseyside a legend - just as he did at the Lions - before setting out for the MLS, Chinese Super League, A-League and Indian Super League.

The attacking midfielder’s underdog story was one akin to the tropes of Australian culture, which only made his time with the Socceroos all the more meaningful.

In 2006, with all prayers rightfully pinned on Viduka and Kewell, it was Cahill’s 53rd-minute introduction that manifested their FIFA World Cup miracle.

This isn’t to discredit the pedigree of his fellow legends, of that there is no doubt, but rather to realise the reality Bosnich failed to.

To assess Australian football’s elite is to acknowledge the achievements for both club and country, as well as their contribution to the game.

In the case of Viduka, an AIS graduate and NSL treble-winner with a decorated career in Europe, his time in the green and gold left a lot to be desired.

The usually-predatory striker only scored 11 goals in 43 appearances for the Socceroos, five of which came during friendlies - a far-cry from the 258 he managed in 507 games across Melbourne Knights, Dinamo Zagreb, Celtic, Leeds, Middlesbrough and Newcastle United.

Though Viduka retained his excellent hold-up play, terrific touch and precise passing, his deadly presence in front of goal failed to materialise in competitive fixtures at the international level.

Kewell, too, had his drawbacks, however his eye for goal was not one of them, be it for the Socceroos or throughout his stints in the Premier League, Turkish Super Lig and A-League.

A UEFA Champions League winner with Liverpool, the skilful winger weaved through defences with ease - most notably at Elland Road - and though injuries curtailed what could have been, it’s no secret he is still considered “Australia’s finest football export”.

With respect to Bosnich’s iteration, Cahill is a must-have inclusion when considering the elite figures of Australian football.

The man who drops out in his place, unfortunately, is his former captain.

Though a figurehead of Australia’s ‘Golden Generation’, Viduka’s output with the national team left a hole Cahill made his own.

So while Bosnich's four bask in glory on his metaphorical Mount, it is the Socceroos' greatest ever goalscorer who should be front and centre.