The real Copa America is the continent’s FIFA World Cup qualifiers – where all 10 nations play each other home and away. The introduction of this marathon format in 1996 has brought about a dramatic improvement in playing standards of the less traditional nations.

These days, the Copa America tournament serves as a warm-up for the qualifiers.  Of course, once the Copa kicks off, everyone wants to win.

There is always pressure on Brazil and Argentina to go home with the trophy, and that is especially true this year, with La Albiceleste waiting for a senior title since 1993 and Brazil anxious to cover up that huge stain on the carpet left by its performance in the World Cup.

The focus of most coaches, though, is firmly on preparing a team for the World Cup qualifiers.

More than anything else, the Copa America is about the host, which really wants to put on a show in front of its own public.  And that, too, is especially true this year, with Chile gunning for a maiden continental title.

As expected, there has never been a dull moment during Chile’s group phase. Indeed, there was more incident than anyone had bargained for.

My last column discussed the pros and cons of playing at home.  Coach Jorge Sampaoli cannot have imagined that one of the cons would be that Arturo Vidal, one of the senior players and the tournament top scorer at the time, would go for a drink induced spin in his Ferrari and end up crashing the thing.  He has been allowed to remain in the competition – though it seems there were some voices inside the Chilean FA in favour of his explusion. 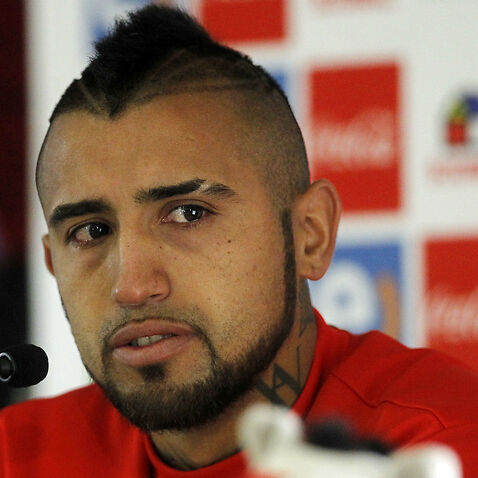 On the field, meanwhile, Chile confirmed that in full flow it is one of the finest sights in the game.  It throws so many men forward, so that the player receiving the ball has plenty of options.  The formation can change – it switches between a back three and a four – but the intention stays the same.

"The style is more important that the system, and it’s something we don’t negotiate," Sampaoli said, before the 5-0 rout of Bolivia.

"We won’t change what we do because of the result.  While I’m in charge of the national team there are no two ways of doing things – we think more about the opposing goal than about our own."

With 10 goals scored in the three group games, his team has put his words into practice.  But now the action suddenly gets much more serious.

There can at times be an air of phoney war about the Copa’s group stage.  Of the 12 teams in the competition, eight go through to the quarter-finals and only four are eliminated.  It means that, after a win and a draw, Chile was already assured of a place in the last eight before it took the field against Bolivia.

So little wonder La Roja were able to relax and turn on the style.  The opponent, which had also qualified, was weak and the pressure was off.

However now, very quickly, it is full on.

Next up, against an opponent that - at the time of writing - was yet to be determined, Chile will have to win or be eliminated.  And it only has 90 minutes to do it - it's straight to penalties of its level after regulation time. Extra time will only be played in the final.

Chile will be the favourite – against the third-place side from Group B or Group C – and the clock will be ticking away right from the kick off.  In psychological terms, it is an entirely different, and much more difficult challenge than any the host has faced so far in the competition.

This is the sixth Copa America that I have travelled to cover.  In four of the previous five the host nation went out at this quarter-final stage.  The only exception was Colombia in 2001, which went on to win the competition in a tournament that Argentina refused to attend and to which Brazil sent an understrength squad.

So Chile now seeks to break the quarter-final barrier.  It will be fascinating, because its open style of play always gives the opponent a chance.

Probably its best display in the group phase came in the second half against Mexico, an exhilarating match that finished as a 3-3 draw.  Sampaoli described it as "incredible football".

The man on the ball had options, the passes were flowing at pace and football, as it does when it is being well played, was being made to look very simple indeed.  Chile was clearly unlucky to have two splendidly worked goals ruled out for highly debateable offsides.

But the point remains.  This was a match against a second-string Mexican side, which still managed to score three goals.  Chile’s lack of defensive height was exposed.  Every high ball into the box was a cause for alarm – and even more alarming was the third Mexican goal, when the entire Chile defence was taken out by a simple long ball played over the top.

As the old saying goes, trying to get the balance of a team right is like having a small blanket on a cold night – and there are plenty of them in mid-winter Chile.  Pull it over your neck and your feet get cold, cover your feet and your neck freezes.  Chile often pulls that blanket as high as it can go – and to make matters worse it has one or two holes in it.  But cautiously pull the blanket down – as it did in a 1-0 international defeat to Brazil at the end of March – and thit loses the attacking fizz that makes it so special.

And so if the Copa America is all about the host, there could hardly be a more fascinating and entertaining home team than Sampaoli’s Chile.