Australia's next 2018 FIFA World Cup qualifier will likely be moved to a neutral venue at the request of Thailand's football authorities as the nation mourns the death of its beloved king.

Australia were set to play their final fixture of the year at Bangkok's Rajamangala National Stadium on November 15.

But this week's passing of 88-year-old King Bhumibol Adulyadej, the world's longest-reigning monarch, has plunged Thailand into a state of grief.

In addition to a year of mourning, the government has ruled entertainment will be heavily toned down and "festivities" avoided for 30 days.

While the Socceroos match falls just outside that window, the Football Association of Thailand (FAT) said it had consulted with world governing body FIFA and written to Australia and the Asian Football Confederation (AFC) to ask if the match could be re-located.

"Changing the time for the match isn't an option, so the match must definitely be on," FAT spokesman Patit Supapong told Reuters on Saturday. 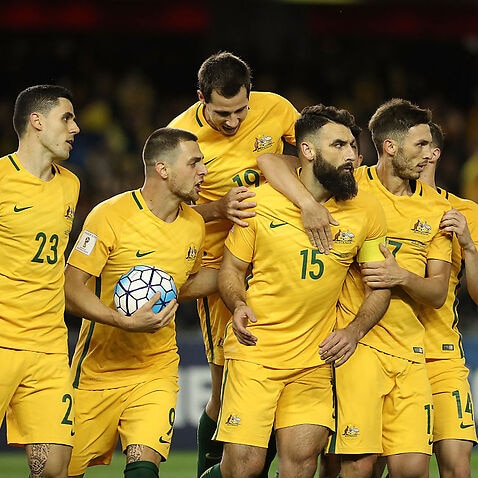 "We have discussed two options with FIFA. First, we're hoping for an agreement with Australia to let us play an away match first. Second, we might have to find a neutral venue to play if the first option fails."

Football Federation Australia (FFA) said it was waiting for advice from FIFA and the AFC.

"Football Federation Australia is currently awaiting official notification from FIFA and the Asian Football Confederation on the status of the ... qualifier," a FFA spokesperson said in a statement.

The FAT has also cancelled all remaining domestic fixtures, including the Thai League and League One. The most likely outcome is that the game will be shifted to a neutral venue somewhere else in Southeast Asia such as Kuala Lumpur or Singapore.

The AFC and FIFA could also suggest the match be played somewhere in Australia, in a straight swap that would see the Socceroos visit Thailand next year instead.

However, that would be a highly unlikely proposition given the logistics FFA would face in tying down a free venue at such short notice.

Thailand have lost all four of their qualifiers and are bottom of Asia's Group B.