Toni Nadal, uncle and former coach of 20-time grand slam tennis champion Rafael, could be in line for a place on the board of FC Barcelona after announcing that he has joined the team of presidential candidate Victor Font.

Font is the favourite to win the upcoming election, which will take place no later than next March but could be held earlier after Josep Maria Bartomeu resigned as president last month in order to avoid a vote of no confidence.

If Font wins the presidency, Nadal will be in charge of institutional relations and will lead a new department created to promote good behaviour among youth players.

"I'm excited and I hope to contribute to ensuring Barcelona remains the biggest club in the world and the top representative of Catalonia," Nadal said at a presentation on Friday. But nephew Rafael is an ardent Real Madrid fan.

"I'm very aware that my nephew is a Real Madrid fan and my brother a former Barcelona player but I don't hate our rivals," said Toni.

"What I'm concerned about is Barca and that they do as well as possible, regardless of whether Rafa supports Real Madrid or Fuenlabrada."

Nadal also said he and Font would do their best to ensure Lionel Messi remains at the club and signs a new contract before his current deal expires in June.

"We have to make a huge effort to ensure he is happy to be with us," he said.

"It's terrible that the best player in the club's history wanted to leave. It shouldn't be possible for him to be unhappy. We have to create a climate whereby he feels at ease." 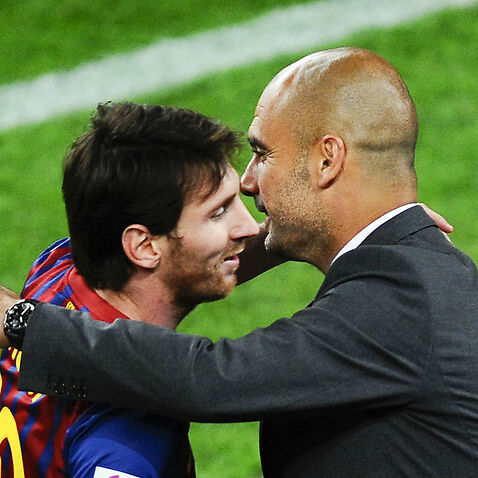 Meanwhile, an old Barcelona favourite Dani Alves has said that Messi is as big as the club itself and deserves to have the club's Camp Nou stadium named after him.

"Messi is as great as the badge of Barcelona," said Alves, who is now playing at Brazilian club Sao Paulo.

"But as he could see that everything around him was a disaster, it's understandable that he wanted to leave. He has done so much that he deserves to have the stadium named after him."