Defeat to RB Leipzig saw Manchester United crash out of the Champions League – should it be the end of the road for Ole Gunnar Solskjaer?

Manchester United's quest to return to greatness suffered another humbling setback on Tuesday as they crashed out of the Champions League group stage for the first time since 2015-16 with a 3-2 defeat to RB Leipzig.

While the scoreline suggests a close, hard-fought encounter, in truth the one-goal deficit flattered Ole Gunnar Solskjaer's side greatly as the visitors had fallen 3-0 behind in Germany.

It was yet another stark reminder that this once great club is now a faded power, lacking direction in the boardroom and from the sidelines.

Julian Nagelsmann learned from his errors in the 5-0 Old Trafford defeat earlier this season, while Solskjaer seemingly sent his team out to rely on a defence that has conceded fewer goals than just seven teams in the Premier League this season.

Up next? The small matter of the Manchester derby.

United were 2-0 down inside 13 minutes against Leipzig as Solskjaer's decision to name a defensive starting XI and altered system of a back three backfired spectacularly. It was the quickest they had fallen two goals behind in a Champions League game since the semi-final against Juventus in 1999 – they were unable to repeat the comeback they managed on that occasion.

Leipzig overran the visitors, their midfield playing so high that Nemanja Matic, Scott McTominay and United's centre-backs were suffocated.

While the same setup worked well against Paris Saint-Germain in the Parc des Princes back in October, Solskjaer was let down by individual mistakes in defence – Aaron Wan-Bissaka's common sense deserted him as he routinely tucked inside despite being deployed as a wing-back, thus failing to close down Angelino for the first two goals.

The second, scored by Amadou Haidara, might have been prevented had Luke Shaw not inexplicably moved out of his centre-back berth to press – unsuccessfully – Leipzig's midfield, the goal ultimately scored in the gap he vacated.

Harry Maguire and David de Gea then shied away from the ball as Justin Kluivert made it 3-0 in the second half, making it the first time since 2003 that United conceded a trio of goals in consecutive Champions League games.

A controversial penalty and an own goal gave United hope but deservedly they fell short, meaning Solskjaer has suffered more defeats (six) in his first 10 Champions League matches than any other manager in charge of an English club. 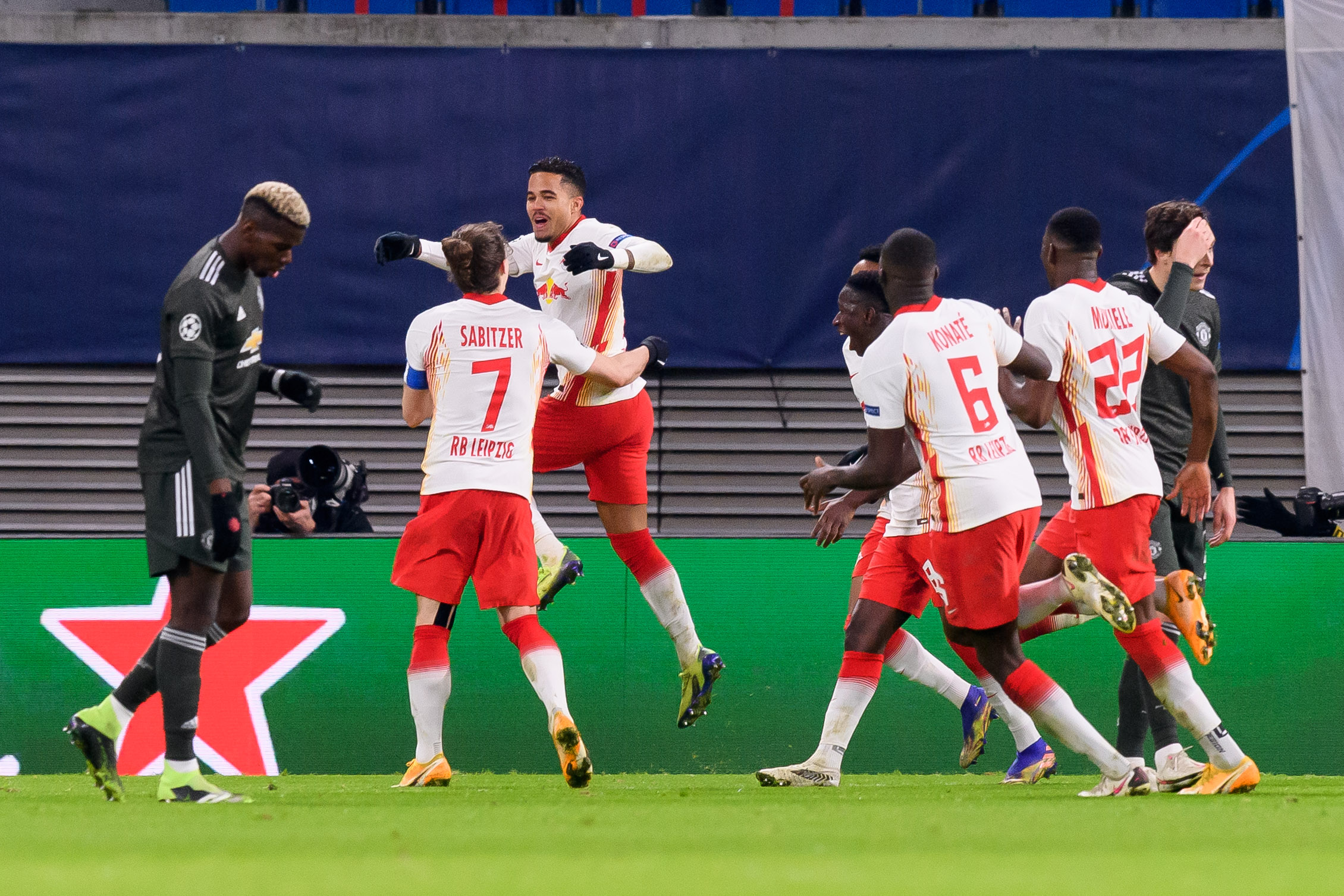 It would be entirely in keeping with Solskjaer's topsy-turvy reign if United were to follow that loss up with what many might deem to be a job-saving derby win over Manchester City at the weekend.

After all, among all managers to have faced Pep Guardiola at least four times, Solskjaer does boast the best win percentage (60 per cent). Similarly, it's in such games where the 'Baby-faced Assassin' has shown a better understanding of his team's strengths – essentially relinquishing possession and counterattacking at speed.

In United's four Manchester derbies last season, only once did Solskjaer's men see more than 40 per cent of the ball (43.4 per cent being the most). Indeed, their two lowest figures (27.7 per cent and 28.1 per cent) came from games the Red Devils actually won.

Added to that, the occasion when United had 43.4 per cent, they were taken apart in a 3-1 EFL Cup defeat as Pep Guardiola countered his opponents' approach by crowding the midfield instead of deploying a striker – City had 15 shots in total, three times the amount mustered by their rivals. 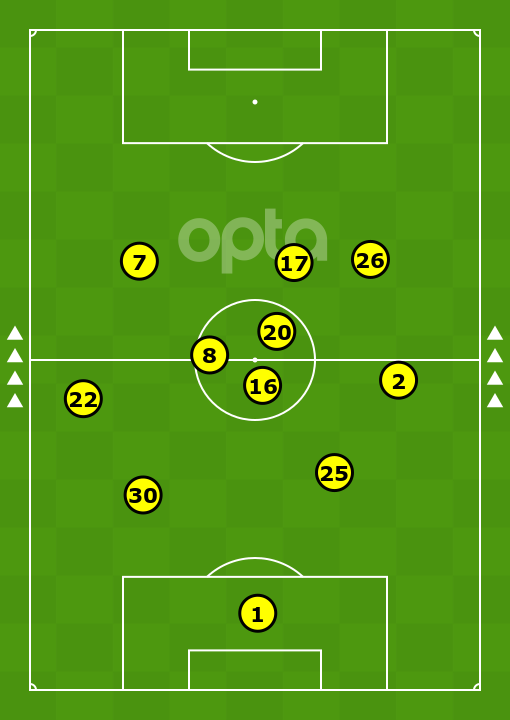 But the issue with a more counter-based approach for United this term, as previously highlighted, is that it relies on a defensive solidity they've shown precious little evidence of possessing. While they still have pace and flair going forward, too often they are giving teams a head start.

For example, United have had to come from behind in five of their 11 wins across all competitions this season. In the Premier League, those victories equate to 15 points, but relying on such an approach against City would be a huge risk. After all, it never looked like working against Leipzig – allowing City similar freedom may well result in a hiding.

Even if United were to beat City, it's difficult to escape the feeling that it would just be the same old cycle restarting – get a good result against an elite side and then, knowing their erratic nature, they will probably end up being the first team Sheffield United have beaten this season the following week.

Not only does Solskjaer appear incapable of getting the best out of this United team consistently, two years on from landing the job he seems completely unaware of what system works best for him, constantly flip-flopping between 4-3-3, 4-2-3-1 and the use of a diamond. 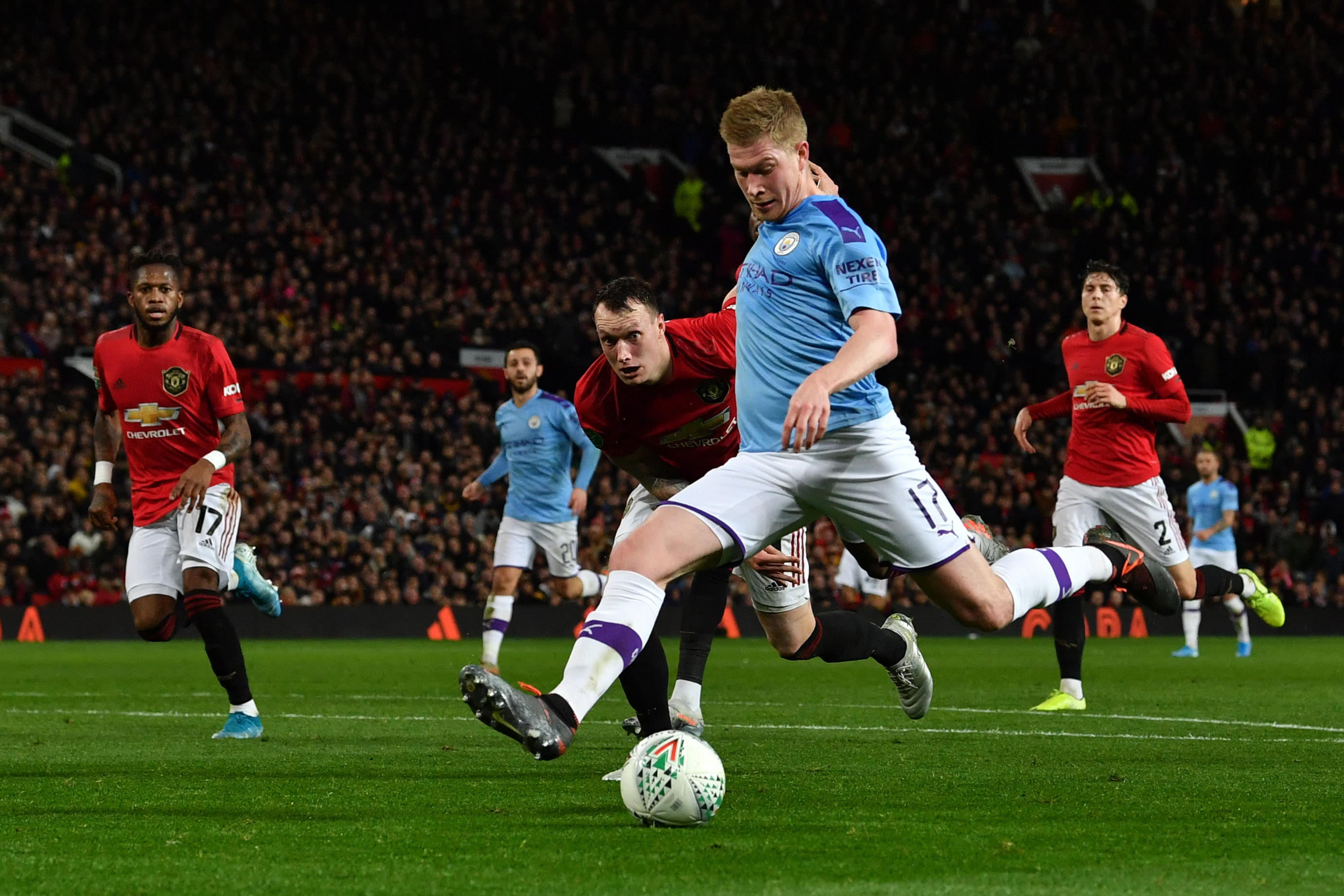 BAILED OUT BY BRILLIANCE

Another key aspect of Solskjaer's United that simply isn't sustainable is their reliance on moments of individual inspiration – or penalties.

Time and time again, United have been bailed out by shows of brilliance chiefly on the part of Bruno Fernandes, who since February 1 has 10 more goals (23) and double the amount of assists (14) than any of his team-mates.

On top of that, his 110 chances created is in a different galaxy – the next most frequent creators are Marcus Rashford and Juan Mata with 38.

Fernandes' 35 key passes in the Premier League is the second highest across Europe's top five league this term, one shy of Hakan Calhanoglu. Were the Portugal international to require a spell on the sidelines, the impact on the United team could be crippling.

While this clearly highlights just how good Fernandes is – and, to Solskjaer's credit, he knows how to get the best out of him – such a dependency on a single player isn't healthy for United.

The term 'philosophy' gets bandied about a lot in football, but Solskjaer's former team-mates Rio Ferdinand and Paul Scholes suggested in their roles as TV pundits on Tuesday that it was the missing link for United – they need tactical consistency to truly secure the collective comfort that's absent.

It's hard to imagine, say, Mauricio Pochettino being plagued by such indecisiveness for so long, and in the eyes of many, Solskjaer's latest failure should be one too many.