Chelsea's miracle worker Thomas Tuchel has emerged as the only man who has the measure of master coach Pep Guardiola.

Since signing for the Londoners in January, the German coach has beaten Guardiola's stellar side in the Premier League, in the FA Cup and now in the biggest game of all, the UEFA Champions League final.

And he did it by getting the better of his more famous counterpart where it mattered most: on the drawing board.

Tuchel showed in his ability to outsmart Guardiola that his is indeed a 'Doubting Thomas', a smart tactician who refuses to believe that Guardiola's methods are invincible.

Chelsea not so much had City in their pocket all evening but had them in such a stranglehold that the 1-0 result almost flatters the losing team. 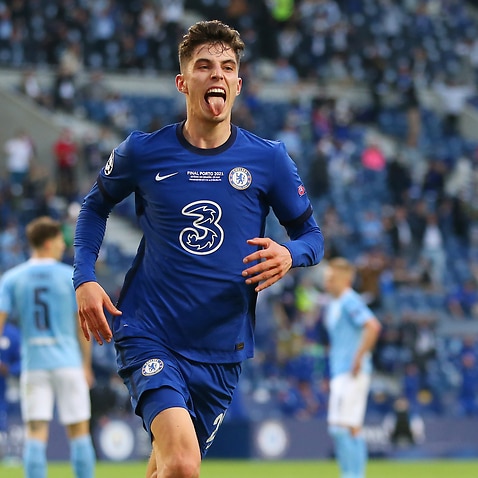 Such was Chelsea's technical, tactical and physical superiority in a wonderful contest that was played at breakneck speed from the first to the last minute.

The match in Porto may have confirmed what many of us have suspected for a long time: that despite the method and brilliance of their football, City lack the right temperament to prevail in Europe.

City were outplayed by a hungrier and better organised team that suffocated them in the first half.

Playmaker Kevin De Bruyne was closely shadowed until he went off injured early in the second half and without his inspired promptings City just could not get going despite having plenty of possession.

Chelsea should have led by more than the one goal scored by striker Kai Havertz but Timo Werner, despite his work rate, was again wasteful in the box.

In the second half Chelsea opted to sit deep but they were barely ever in danger and whenever City got a sniff of goal the majestic Antonio Rudiger was there to clean up.

The German giant and that little terrier Ngolo Kante were Chelsea's heroes on the night and it would have been a gross injustice if their superlative displays were not rewarded with victory.

A measure of City's inability to get through is the fact that they hardly ever troubled Senegalese Edouard Mendy, who became the second African goalkeeper after Liverpool's Bruce Grobbelaar in 1984 to win Europe's biggest prize.

This Porto final was played in the immediate aftermath of the failed Super League saga that rocked the game to its foundations.

Chelsea and City, of course, were among the so-called 'dirty dozen' clubs that signalled their intention to form a rebel league.

But the two clubs lost their nerve after their intentions were widely condemned by the football community and were the first to pull out. Others followed and thankfully the concept appears dead and buried, at least for the time being.

Yet it would be churlish and utterly unfair on both sets of players for us to place too much importance on the shenanigans of their respective club owners and the huge business interests they need to service.

This was no 'bad boys final' or 'gas versus oil derby', as has been suggested.

It was the showcase event of European club football between two magnificent teams that were representing the strongest league in the world at the moment.

Football's stakeholders are probably sick and tired of talking about the politics and negative aspects in the game and it is about time we concentrate on what makes our game such a compelling and intoxicating sport.