At this stage of the year we should be looking forward to the AFC Champions League final and wondering which team is going to lift the trophy and represent Asia at the FIFA Club World Cup.

Instead, here we are debating how, or even whether, to finish the group stage.

West Asia already has its finalist: Persepolis of Iran. The east will resume the group stage in mid-November and will produce its finalist on December 13, five days before the big match takes place.

It will all happen in Qatar and going to and from this ‘bio-secure hub’ is causing a problem for Australian clubs due to quarantine rules at home. 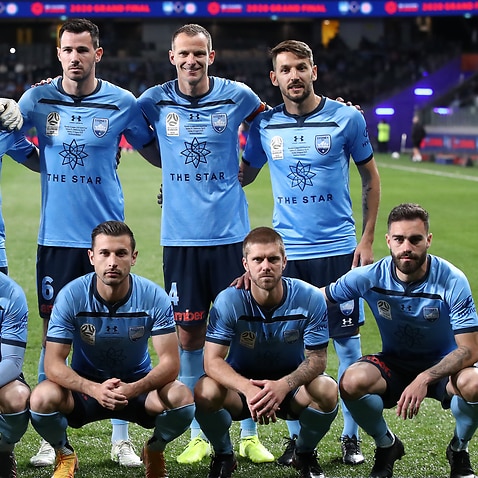 Should Sydney FC, Melbourne Victory or Perth Glory reach the final, by the time the team finishes quarantine at home, it will be January. The 2020-21 A-League season is due to start on December 27.

Sydney boss Steve Corica wants to ensure that his team will be able to train together while in quarantine otherwise all the work done in Qatar will not be of much use in the new season at home.

"That wouldn't be very good preparation for anyone," Corica told AAP.

"We're working through that now with the government ... but I'm pretty sure we'll be able to come back here, quarantine and train as well.

"That's going to be a big factor, of course, whether we can do that (as to) whether we go or not ... (without an exemption) we'd have to consider if it's worthwhile going.”

While such comments won’t be music to the ears Asian Football Confederation (AFC) officials who are just desperate to get this tournament done and dusted by the time the year is out, if it was just one team, it would not be a huge deal. In the western half, the AFC was ruthless when it came to forcing teams with coronavirus to withdraw even when there seemed to be ample time to play with.

But Sydney’s concerns are shared to some extent elsewhere. An official of Jeonbuk Motors, the Korean giants have won the title twice, revealed that the club, one that sets great store by success in the tournament, are also unsure about the prospect of returning home in January. Usually, by that time, K-League teams are already in pre-season camps in warmer climes such as Guam and Thailand.

It is more serious for clubs in China. Of the four representatives, only Beijing Guoan have played even one game of the group stage. Guangzhou Evergrande, Shanghai SIPGand Shanghai Shenhua (the first two especially would usually have genuine ambitions of the continental title), are going to have to play six group games in the space of 15 days in Qatar. It will be ten in 30 if they go all the way to the final.

For players who have been stuck in hotels for much of the past nine months in the two Chinese twin hub cities of Dalian and Suzhou since July, that would be tough. The thought of another six weeks in the Middle East and then two weeks quarantine and further isolation on return home is a difficult one. It could mean that some of the players could go for over half a year without seeing family members. The prospect of staying a long time in a foreign country and then going through quarantine once more is causing some strain behind the scenes.

Japan is the one country that will still have its domestic season going on while the Champions League takes place thousands of kilometres away.

At first, the J.league bosses were minded to tell their clubs to forget Qatar but there is a willingness among FC Tokyo, Vissel Kobe and Yokohama F Marinos to, in effect, split their squads.

The latter two may not have anything to play for by that time, Asian glory would be welcome and, if nothing else, the experience could be valuable for younger players.

Yet a potential six weeks in the Middle East at the end of a busy and traumatic year is not being looked forward to. Sydney are not alone in their concerns.