Johnny Warren Medallist Adrian Mierzejewski has won his battle to leave Sydney FC, with a $1.3 million move to the Chinese Super League virtually signed and sealed.

The former Polish international has been agitating for an exit after failing to be elevated from within the salary cap to marquee status at Moore Park.

And the Sky Blues have finally decided to cash in on a player they picked up for nothing a year ago after his departure from UAE club Al Sharjah.

Mierzejewski, who took to Twitter to voice his displeasure at the perceived injustices meted out to him by Sydney over contract negotiations, has been strongly linked with CSL side Changchun Yatai in recent weeks.

Another week passed and i am even more dissapointed instead of beeing closer to solve situation. If someone is interested...on 9th of July i am in Sydney ready to tell whole true story. As an adults shouldn't we respect our promises?

And it’s understood he will be in China imminently for a medical at his new club.

His sudden sale brings to $2.1 million - the amount set to be injected into Sydney’s coffers with the agreed departure of marquee Brazilian striker Bobo to the Turkish Super Lig for $800,000. 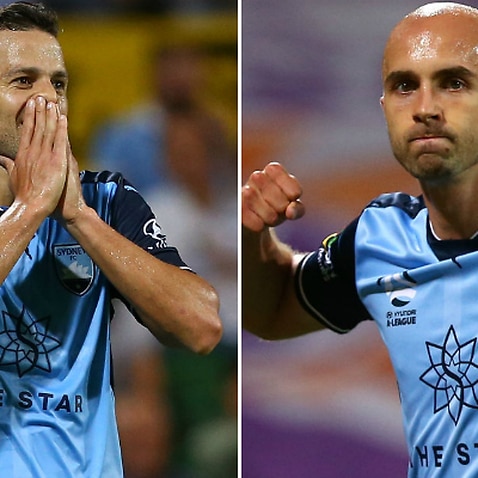 And it will free up significant funds for new coach Steve Corica to lavish on filling the gaps, with a striker his top priority.

Attacking midfielder Mierzejewski scored 13 goals in 25 appearances for Sydney in his debut season and fans were hoping he’d see out his three-year contract.

But his performances caught the eye of suitors elsewhere, with his Chinese deal thought to be worth in excess of $1 million in tax-free wages.

Sydney, meanwhile, were struggling to offer any more than $600,000 to get him to stay.

Sydney FC CEO Danny Townsend was contacted by The World Game for comment on Wednesday night.