Sydney FC, the club which splashed out heavily to bring Italian legend Alessandro Del Piero to Australia, are prepared to foresake a tilt at FFA’s new $3 million marquee fund, if it’s “for the greater good”.

Sydney once gloried in their Bling FC sobriquet with glittering signings like Dwight Yorke and Juninho donning the Sky Blue.

But, in recognition of how a genuine marquee might galvanize interest in the flatlining competition next season, Sydney CEO Danny Townsend has revealed that it doesn’t matter which A-League club hosts a stellar import, so long as the competition as a whole benefits.

Speaking in the wake of last Friday’s meeting between A-League club CEOs and the FFA on how best to utilise the $3 million windfall provided by Fox Sports, Townsend said: “A number of things need to be clarified around the decision making process, such as consulting the clubs to make sure the funds are spent correctly.

“We have to find a way to use that money because the league needs all the help it can get from a marketing perspective.

“The concept is about changing the metrics of the competition and a million dollar player isn’t going to necessarily put more bums on seats or bring more eyeballs to the league. “It will take somebody at the higher end of the pay bracket to do that.

“For example, if you were to bring in somebody like Fernando Torres - and he wasn’t mentioned at the meeting - and it was deemed he was good for the metrics as a whole then parking him at one club might be in the best interests of the league.

“As CEOs we came to the conclusion that you don’t rule anything out and wait and see what’s possible.

“If we collectively come to a decision with the FFA that parking a Torres at a club other than our own is good for all of us then that’s a decision we can make as a group.”

Townsend said the meeting would likely give rise to follow-up discussions over strategies to produce a winning result for the A-League, rather than boosting one club at the expense of the rest.

“Does the FFA go searching for players and present then back to the group, or do the clubs find the players and then present them to FFA for financial support? These are topics being discussed,” added Townsend. “The league is at a point where we all need to work together to get outcomes.

“To the FFA’s credit - and they cop a lot of flak - they have been very conscious of consultation and we’re all working well together on this, notwithstanding the broader issues at congress level, and over an independent A-League.

“If we’re going to make progress we can’t keep working against each other.”

Townsend said that while a sequel to the Del Piero experiment might boost metrics in the short-term, the marquee concept itself is not a “silver bullet”.

“We didn’t get into detail of names at the meeting, although Keisuke Honda’s was mentioned in the context of would somebody like him move the needle?" added Townsend. 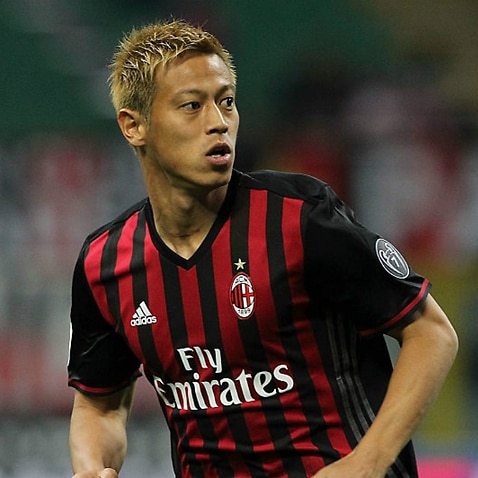 “We have fantastic marquees in Bobo and Milos Ninkovic at Sydney FC but they are not the brands of Del Piero or Torres.

“Throwing $3 million at Bobo won’t move that needle and would be a pointless exercise.

“A Robin van Persie, and players of his ilk, would move the needle but I’m not a sure that a Peter Crouch would.

“He would do a good job at a particular club but he’d probably be better from a footballing perspective than a marketing perspective.

“You have to be conscious none of this is a silver bullet that will solve all the problems.

“In the short term your metrics move, but after seeing a van Persie a few times you won’t keep going back unless the team he’s with are playing a good brand of football and getting results.

“You also have to get things like match scheduling right with kick off times and the like.

“We have to get all this right to maximize the outcome of the money that’s there to be invested.”