A News Corp report has claimed Arnold, who has overseen domination of the A-League with Sydney FC, is being pursued by New Zealand football chiefs with a view to taking over as All Whites coach.

Far from disputing the rumour, Arnold fanned the flames when asked about the position on Friday.

"When you're winning and you get success you get a lot of interest," he said.

"They're not the only one interested at the moment. I've had a fair bit of interest around the world.

"I'm like a player ... players that are doing well and players that get success they get interest and I'm no different." That interest will extend to the FFA committee looking for a replacement for Ange Postecoglou.

That group - which involves consultants, FFA backroom chiefs and former Socceroos - is yet to approach individuals formally, including Arnold.

Postecoglou resigned two months ago and the delay in signing his replacement has drawn criticism.

Like any Australian coach, the Sky Blues boss is very interested in the Socceroos role, and is waiting to hear whether the call comes.

"I've had no contact at all. I can honestly say that," he said.

"I don't control those decisions. The FFA make them, they've got that time to do what they need to do and it's totally up to them."

Until then, Arnold says "all I can do is focus on what I'm doing at Sydney. And that's all I will do." 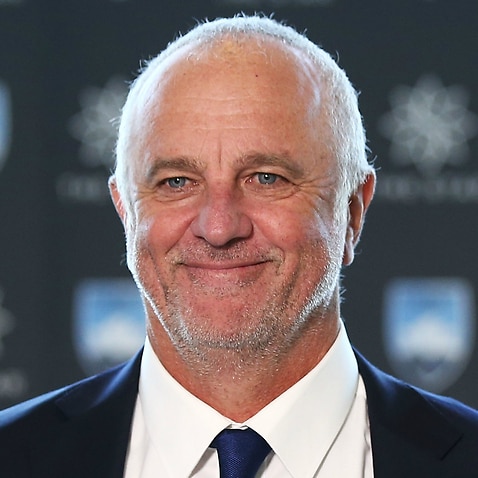