As reported exclusively by The World Game, Jurman is poised to sign for Korean giant Suwon Bluewings in the K-League on a two-year deal.

The move ends months of conjecture about the playing future of the 27 year-old who has only six months left on his Sydney FC contract.

Jurman has been in career-best form this and has played a major role in Sydney FC's dominant performance during the first half of the A-League season.

The departure of Jurman creates a major gap in Sydney's league-best defence with Melbourne Victory hot on their tail.

Sydney FC coach Graham Arnold praised the defender for his efforts during seven seasons and 95 games with the Sky Blues.

“Matt has been a great servant to Sydney FC during two spells and has grown as a defender over the last couple of years," Arnold said.

“It’s disappointing to lose a player of his quality but this is also a fantastic opportunity for Matt at this stage of his life and career.

“I’m sure the Sydney FC fans will wish him well and he will always be remembered for his toughness and tenacity on the field, and mild mannered good nature off it.” 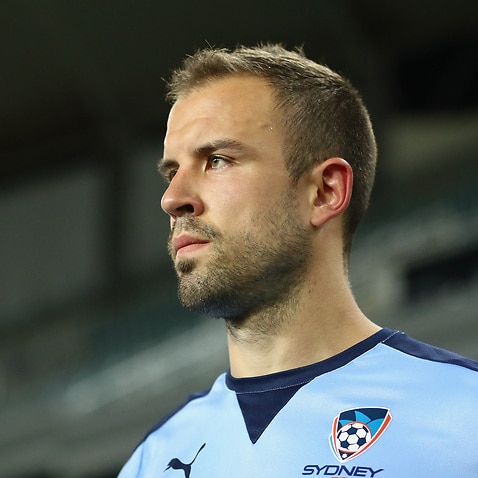 Jurman, who won the double with Sydney FC in 2010, thanked the club for their support.

“I have had some fantastic memories at Sydney FC and made some friends for life both in the dressing room and among the supporters.

“My game has developed enormously in the last few years and I will always be thankful to the club for that, and also for supporting me with this wonderful opportunity that lies ahead.

“We undoubtedly have a great squad this year and added to the fantastic coaching and backroom staff, I’ve no doubt the club will go on to achieve success.  I will be behind them all the way.”