Sydney FC have moved forward with their A-League rebuild, confirming Trent Buhagiar as the club's first new signing of the post-Graham Arnold era.

As revealed by The World Game, the pacy former Central Coast attacker has agreed to a two-year deal, days after leaving the Mariners.

He joins young midfielder Chris Zuvela in confirming his future at the club after the Sydney academy product had signed on for a second senior professional season.

Buhagiar started only four games last season over 19 appearances for the Mariners but developed a reputation for his speed on the wing.

His signing is the first since Arnold's departure for the Socceroos and indicates the club will continue moving down the same cultural trajectory as they finalise a successor, with assistant Steve Corica still a favourite. 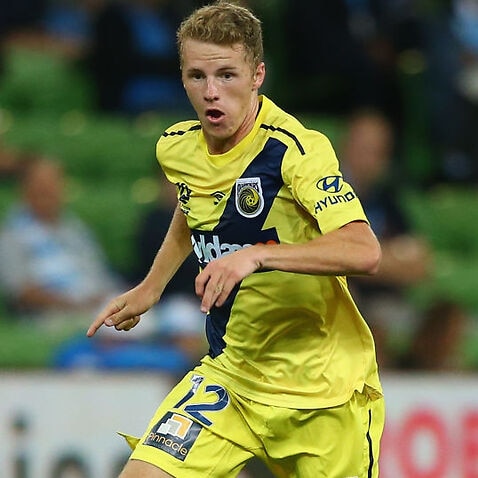 "Trent is a young player that we have monitored over a period of time and we believe he will bring fresh competition for places in our squad," McFlynn said.

"He provides an added dimension to the side through his pace and I'm sure he'll prove more than valuable to the team next season."

Buhagiar felt he could take his game "to a whole new level" at his new club.

"My aim is to work hard, give everything, fight for a place and to grow in a professional environment," Buhagiar said.

It follows this week's re-signing of defensive rock Alex Wilkinson and the departure of his central defensive partner Jordy Buijs and right-back Luke Wilkshire, who is expected to sign soon with Wollongong Wolves.

Bobo's expected re-commitment is still to be confirmed, while the club is optimistic Milos Ninkovic will also stay. However, the futures of David Carney, Fabio Ferreira and Anthony Kalik remain up in the air.

Skipper Alex Brosque is yet to decide on his future amid heavy talk of retirement.