Spain and Switzerland recorded comprehensive victories over Luxembourg and San Marino respectively to book their spots at EURO 2016.

Nine teams have now qualified for the finals in France next year, with the two sides joining the tournament host, England, Czech Republic, Iceland, Austria, Northern Ireland and Portugal as participants. 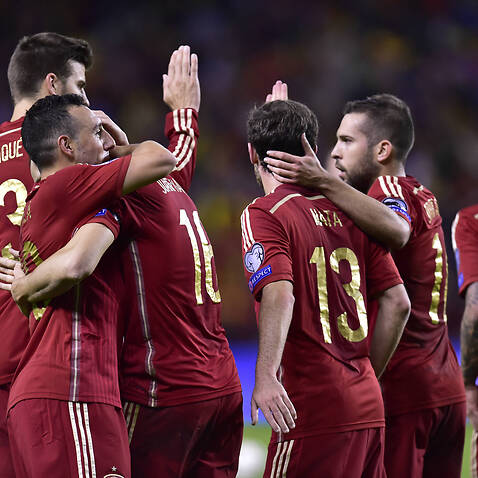 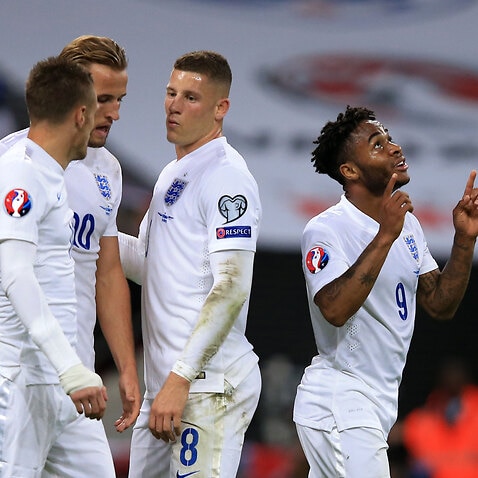 Spain's 4-0 win over Luxembourg came courtesy of two goals apiece from Santi Cazorla and Paco Alcacer. The defending European champion had to contend with early injuries to David Silva and Alvaro Morata, but still enjoyed a comfortable contest in Lorongo.

Switzerland had only scored one goal against San Marino by the 55th minute, but went on to record a 7-0 victory as the away side collapsed in the second half.

Michael Lang had scored the first-half goal before Gokhan Inler's penalty - the first of three spot-kicks awarded to the Swiss - opened the floodgates. Admir Mehmedi, Johan Djourou (penalty), Pajtim Kasami, Breel Embolo (penalty) and Eren Derdiyok all found the target in the last 25 minutes before the players celebrated their progression with supporters after the final whistle.

Elsewhere, England recorded a routine 2-0 win over Estonia thanks to goals from Theo Walcott and Raheem Sterling at Wembley. Victory over Lithuania in their final qualifier will mean Roy Hodgson's men become only the sixth team to record maximum points in a qualifying campaign.

In the same group, Slovenia's hopes of automatic qualification were ended by a 1-1 draw with Lithuania, but it is almost certain to finish third and make the play-offs - only an incredible goal difference swing involving Estonia on the last day can deny it.

Sweden recorded a 2-0 away win in Liechtenstein. After Marus Berg's opener, Zlatan Ibrahimovic had a first-half penalty saved, but the Paris Saint-Germain striker made amends with a second-half goal to seal the points.

That win guarantees at least a play-off spot, but it remains two points adrift of Russia in second after Leonid Slutsky's men edged a 2-1 win in Moldova. In the other match, group winner Austria ended Montenegro's play-off hopes with a thrilling 3-2 away victory. Trailing 2-1 with nine minutes remaining, Marko Arnautovic levelled the scored before Marcel Sabitzer scored a dramatic winner in stoppage-time

Russia only requires a draw in its final match at home to Montenegro to qualify automatically and ensure Sweden finishes third.

In Spain's group, a goal from Stanislav Dragun meant Slovakia lost 1-0 at home to Belarus and missed the chance to join Spain and Switzerland in qualifying. Ukraine took advantage of that result, beating FYR Macedonia 2-0 away thanks to goals Yevhen Seleznyov and Artem Kravets - drawing it level on 19 points.

Slovakia remains favourite to qualify automatically, though. It knows a win in Luxembourg will be enough due to its superior head-to-head record over Ukraine, who has to better its result despite playing Spain in its final match.