Two-time FIFA Women’s World Cup winning coach Jill Ellis is believed to be “open for a conversation” over the vacant Matildas job, after confirmation today of Ante Milicic’s departure to join the Macarthur Bulls.

England-born Ellis, who led USWNT to triumph in 2015 and 2019, has been on a football sabbatical since stepping down after her most recent milestone in France back in July.

But sources close to the 53-year-old naturized American - also high on the Three Lions wish-list to replace the exiting Phil Neville - claim she is intrigued by the prospect of leading the Matildas into the 2021 Tokyo Olympics and the co-hosted World Cup with New Zealand two years later.

The terms of the contract, which is based on a four-year Olympic cycle, will also offer whoever takes charge the chance to lead Australia to the 2024 Paris Games.

Possibly the most sought-after coach in the women’s game, Ellis was quietly sounded out last month on her availability should - as has proved the case - Milicic pursue his A-League options. 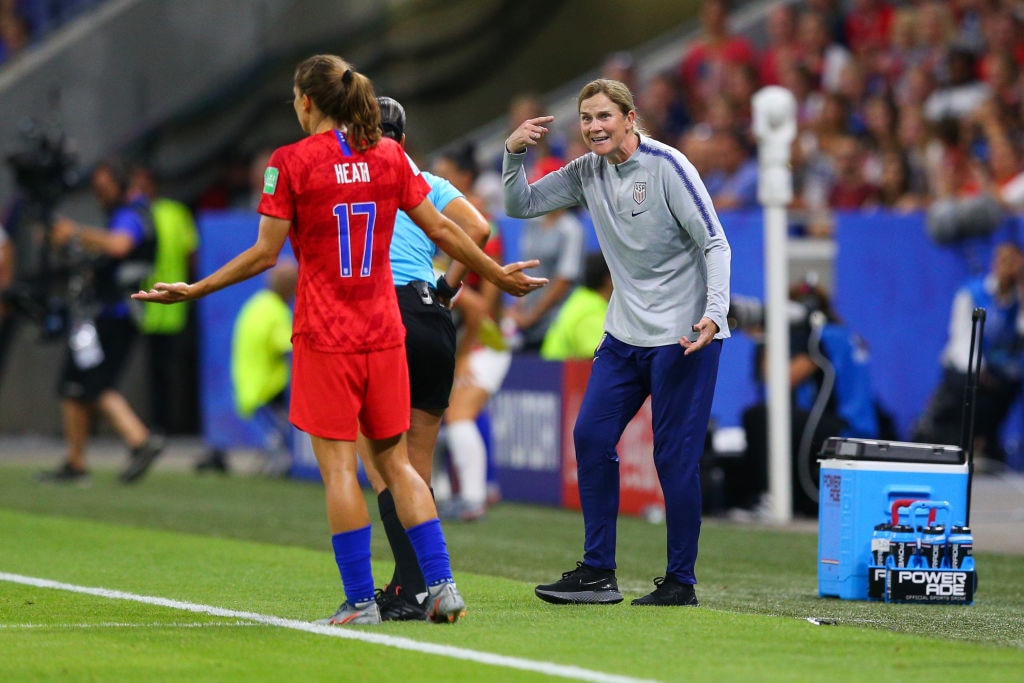 A source close to the Matildas said nailing down Ellis would “bring a new approach, fresh eyes and a recharge and reset in terms of competition for team places.

“It seems she’s open for a conversation - and how good would it be to have a two-time World Cup winner to lead Australia at such an exciting time for the game?” added the source.

“The Matidas job is probably the most attractive one in women’s football right now.

“Is Jill Ellis in the mix for the England job? Probably. Does FFA need to act quickly? Probably.

“People say Australia wouldn’t be able to afford her but nobody knows what she wants yet.” Other names under consideration include former Italian star striker Carolina Morace, who coached her country from 2000-2005, helping them qualify for two European Championships.

Currently in charge at AC Milan Women, Morace, 56, led Canada for two years winning the 2010 CONCACAF Cup and taking them to sixth in the world rankings.

Arsenal Women coach Joe Montemurro will also be in the conversation, though having just recruited the Matildas trio of Caitlin Foord, Steph Catley and Lydia Williams to north London, his focus may be on the WSL over the next 12 months.

The feeling within the FFA board, which will tackle the recruitment issue at a scheduled meeting this week, is that a coach with “big international tournament experience” will be favoured over success purely at club level.

“The country can aim to land the absolute best in terms of recruiting somebody who understands female athletes, technical and performance analysis and the like,” added the source. “There will be no shortage of quality applicants - it’s a huge job. It’s massive and people of high calibre will come forward.”

Another potential candidate might be Dutch coach Vera Pauw, who is currently with Ireland.

Whilst the Matilda's rank and file were in favour of Milicic staying on, they are likely to embrace the appointment of a female replacement, especially in light of six of the eight mentors of the quarter-finalists in France last year being women.