South Korea in October 2013 and Neymar is getting kicked from pillar to post at Seoul World Cup Stadium but still scored and inspired Brazil to a 2-0 win over the Taeguk Warriors.

A year later and I watched in Singapore as Japan couldn’t get near enough to Neymar to kick him as he netted all four goals in a 4-0 win.

It was impossible not to be impressed by the talented forward, a fulcrum point for pressure from opponents on the pitch, his team-mates looking for something special and the hopes and dreams of a football-crazy nation of over 200 million people. There can’t have been many players with such weight on their shoulders.

I remember seeing Asian legends such as Park Ji-sung and Hidetoshi Nakata become a little jaded after years of starring in Europe, only to be burdened with leading and inspiring their nations on and off the pitch.

The pressures in Korea and Japan, however, pale alongside those that have been placed on the shoulders of this 28-year-old for the best part of a decade. 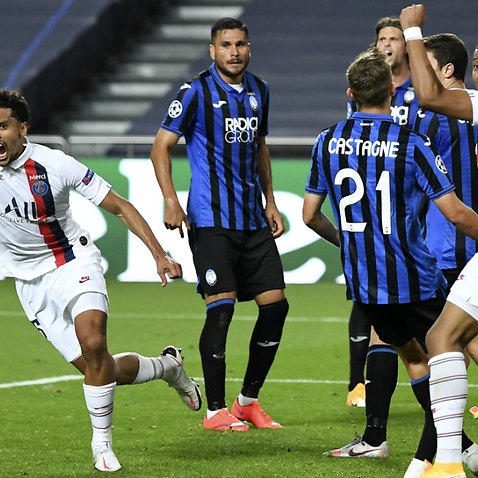 When the FIFA World Cup comes around, it is up to Neymar to produce the goods.

A serious injury at the quarter-final stage of the 2014 World Cup on home soil ruled him out of the semi-final with Germany and we all know what happened then.

Four years later and injuries before the tournament didn’t help. The original Ronaldo was not too impressed.

"We all expected more from him because he's the star of the team," Ronaldo said after Brazil's last eight elimination by Belgium.

"I don't know if it was because of the operation he had on his foot or another problem, but I saw him as quite limited on the pitch. To arrive at a World Cup following an operation and three months out is complicated.

"He needs to learn from this World Cup. He's 25 or 26. He's young, talented and there's a lot of responsibility on his shoulders."

A lot of responsibility - to the extent that it is almost impressive he can perform at all.

The 2018 World Cup also cemented Neymar as an unpopular figure in the world of football thanks to his propensity to spend time horizontally, although he does attract a certain level of attention from defenders.

Indeed, it was calculated that the former Barcelona man spent 13 minutes and 50 seconds on the floor before the Selecao’s quarter-final defeat at the hands of Belgium. It led to a wave of videos created online where fans and some media figures fell dramatically to the ground at the shout of ‘Neymar’.

The fact that he left Barcelona, a team largely loved around the world, to join Paris Saint-German in 2017 for a world record fee of €222 million did not help the player’s image.

The French club, owned by Qatar Sports Investments which poured huge amounts of money (US$1.42 billion in the last nine years), are not exactly popular and are held up, along with Manchester City and their Abu Dhabi backers, as examples of ‘Sportswashing’ and being backed by nation-states to distort the playing field and the transfer market. 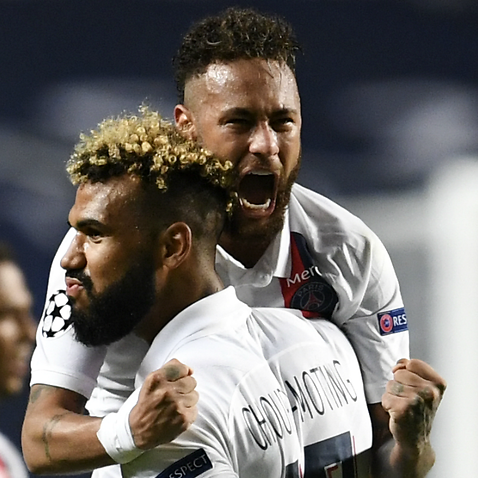 'With this state of mind it's impossible to eliminate us,' says Neymar

PSG has another reputation in Europe due to some spectacular defeats in the UEFA Champions League - the competition they really want to win after becoming dominant at home. The unwanted label of "chokers" is the only title earned so far.

This year could, however, be different for both club and Neymar.

His time in Spain, while successful, was overshadowed by the amazing exploits of Barca team-mate Lionel Messi and Cristiano Ronaldo at Real Madrid.

This year in the Champions League, however, Ronaldo and Juventus are already out, Messi’s Barcelona don’t look anything special and PSG are in the semi-finals of Europe's biggest tournament for the first time since 1995.

It looked on Wednesday evening that the French team would blow it again. Trailing 1-0 to Italian outsiders Atalanta heading into the final minute, it must have been a familiar feeling for fans.

This time, however, it was PSG who snatched victory from the jaws of defeat with two very late goals to move into the last four.

Neymar gave a mature performance and was driving his team on towards the dramatic end. Now Paris’s holy grail of the continental crown is within reach. If it happens, this could be the year that Neymar pushes aside the aging Messi and Ronaldo and steps into the middle of the stage.

Perhaps then Neymar will get the plaudits he deserves after years of immense pressure and expectation and the perception that he is a sulky diver will finally be replaced by the recognition that he is one of the best players in the world.