Even without the league’s top scorer in 2019, Suwon actually took a two-goal lead against last season’s runners-up thanks to goals either side of half-time from Ko Seung-beom and Krpic Sulejman.

The Korean FA Cup holders were undone, however, as an equaliser from Kim In-sung on the hour was sandwiched by two strikes from Junior Negao, the Brazilian striker pipped to the golden boot by Taggart last season.

The Australian was introduced on the hour in Suwon’s first home game this season but was unable to open his league account for 2020.

“Taggart was on the bench as he has not been in the best physical condition since the Jeonbuk game,” coach Lee told reporters.

Junior’s late winner preserved Ulsan’s place at the top of the league with two wins from the opening two matches but Suwon, who also lost the opening game of the season to Jeonbuk Motors on May 8, sank down to tenth in the 12-team league. 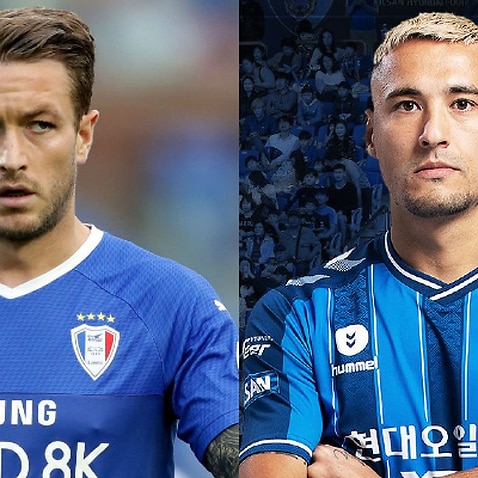 Lee expressed concerns that both defeats came in the final minutes of the game: “It was good that we scored against a good team like Ulsan but we lost concentration in the second half against Jeonbuk and we have been working on that.”

While there were no fans at Suwon World Cup Stadium to make their feelings known, the pressure is building on the 48-year-old who took charge in 2019. Lee’s first season was a disappointment for the two-time Asian champions with an eighth place finish in the league. His job was saved by Suwon lifting the FA Cup and qualifying for the 2020 AFC Champions League.

Fans have yet to warm to Lee’s style of play and this season has not started well with four defeats in four competitive games - Suwon also losing both matches that have taken place in the AFC Champions League group stage so far.

The saving grace for Lee is that Suwon have had the misfortune of facing the top two teams from last season but anything less than victory next Saturday against perennial relegation battlers Incheon United will put the coach’s future in question. 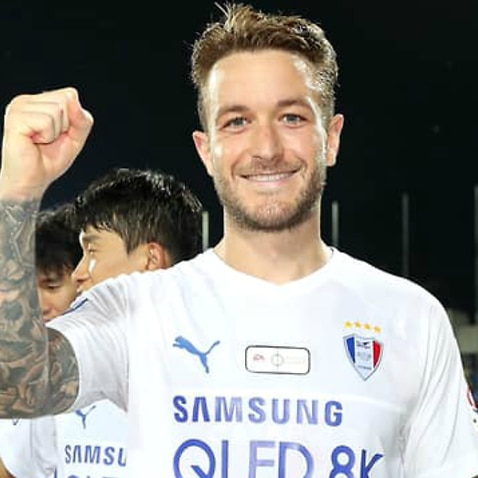