Former Socceroos winger Robbie Slater is urging some of Australia's best players to quit Europe and make an A-League return in order to reignite stalling careers.

Key Socceroos Tom Rogic and Mathew Leckie are among those struggling for regular game time as the national team enters a 13th month since it last played due to the COVID-19 pandemic.

Rogic, who was reportedly on his way out of Celtic for a Qatari club in September, has made 14 appearances for the Scottish giants this season with only seven of those being starts.

Leckie is in a similar situation at Bundesliga club Hertha Berlin, with just one start in the German club's 11 league games. 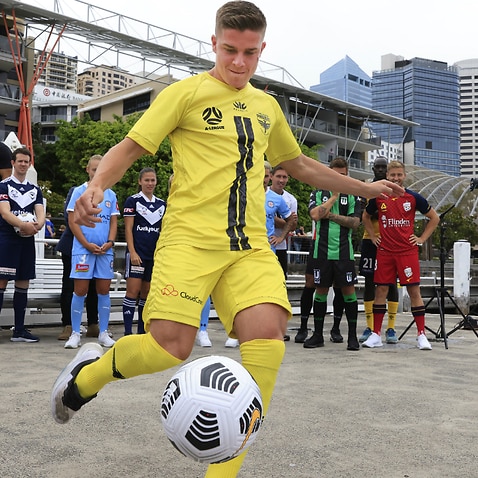 Another regular member of Graham Arnold's squad, midfielder Jackson Irvine is yet to find a new club since he left English lower-league team Hull City in June.

Slater, who won the 1994-95 Premier League title with Blackburn, said players are better off coming home and playing regularly than stagnating in Europe.

"If they don't find anything over there eventually they're going to have to come home," Slater told AAP.

"You've got Mat Ryan playing at Brighton and that's the only one," he said. "It's a problem that has been coming for a long time and it's all to do with young players needing games.

"Young players have had nowhere to play in this country for a decade.

"We're seeing the results of that now with the lack of players coming through to be Socceroos or play in European leagues because that's what we need, and the ones that are there are struggling at the moment."