FFA chief executive James Johnson has challenged football’s stakeholders to “stop worrying about other sports” and concentrate on helping the A-League capitalise on the largest participation numbers of any code in the country.

After delivering the short-term security of a renegotiated 12-month deal with broadcaster Fox Sports, Johnson wants the nation’s two million strong football tribe to not just play the game but also invest their passion in the A-League.

“We’ve got to stop worrying about other sports and we have to work empower our code,” Johnson told The World Game.

“The ball’s in our court ... we have two million participants and it’s up to them.

“If they want to be part of the biggest league in the country of any sport, they can make it happen.

“Broadly, we have more interest in our sport than any other. It’s just that the other sports are watched more. That’s it.

“More people play our sport. That’s something we have to understand and not worry too much about focusing on other sports.” 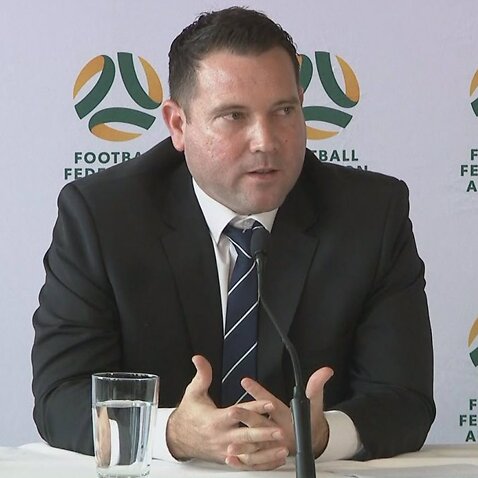 The rehashed deal - worth $32 million over the next year - provides a platform for FFA to attract other suitors and explore its own potential over-the-top services as it eyes the prospect of life after Fox Sports, its broadcast partner since the inception of the competition back in 2004.

Whilst challenging participants to help the game grow into a TV spectacle able to rival the AFL and NRL, Johnson also laid down the gauntlet to the clubs who have won independence from the governing body but have yet to define of clear vision of how they can reinvigorate a flagging competition.

“We’ve got to get our act together, the clubs have to invest, and we have to be hungry,” Johnson added.

“We have to give the owners a vision and they have to buy into that.”

Johnson believes the transition from a summer to a winter game will have its merits, with the 2020-2021 season kicking off in December and concluding in June.

“0ur biggest challenge as a sport is that we can’t convert our two million participants into fans of our professional leagues,” he added.

“Is a reason that we haven’t been successful in doing that because of a misalignment of the seasons between the grassroots and the professional game?

“I have my own views on that and it’s a hypothesis we need to test.”

With a split from Fox Sports next winter the likely scenario, Johnson views the coming 12 months as “a bridge into a new world” on multiple fronts, not least how the game is watched by fans.

“As we get to the end of next season we want to be able to go to market, and hopefully Fox are there as a partner, if not then we need to create a market of some value,” added Johnson.

“We need to shake things and we need a revamp.

“It’s a pretty good deal now that we have security going into the immediate future on the one hand, securing the A-League and W-League for next season.

“We’ve also clawed a lot of digital rights back and are free to enact governance changes.

“I didn’t want any clauses around us being tied beyond next season.”

The revised package - which replaces the now defunct $57 million per year commitment with Fox Sports - also includes Socceroos and Matildas matches but leaves FFA free to arrange its own screening arrangements for the FFA Cup.