Raheem Sterling scored a hat-trick as Manchester City ran riot in a 5-0 away victory over Brighton and Hove Albion in the Premier League.

England international Sterling made it six goals in five games, moving on to 27 strikes in all competitions – his best scoring tally in a single season.

His opener and a goal from Gabriel Jesus, who ended Saturday's match with two assists, ensured City were in complete control by half-time after making six changes to their starting XI.

Sterling netted again and Bernardo Silva scored before the hour mark as Brighton, who remain eight points clear of the bottom three, had no answer. 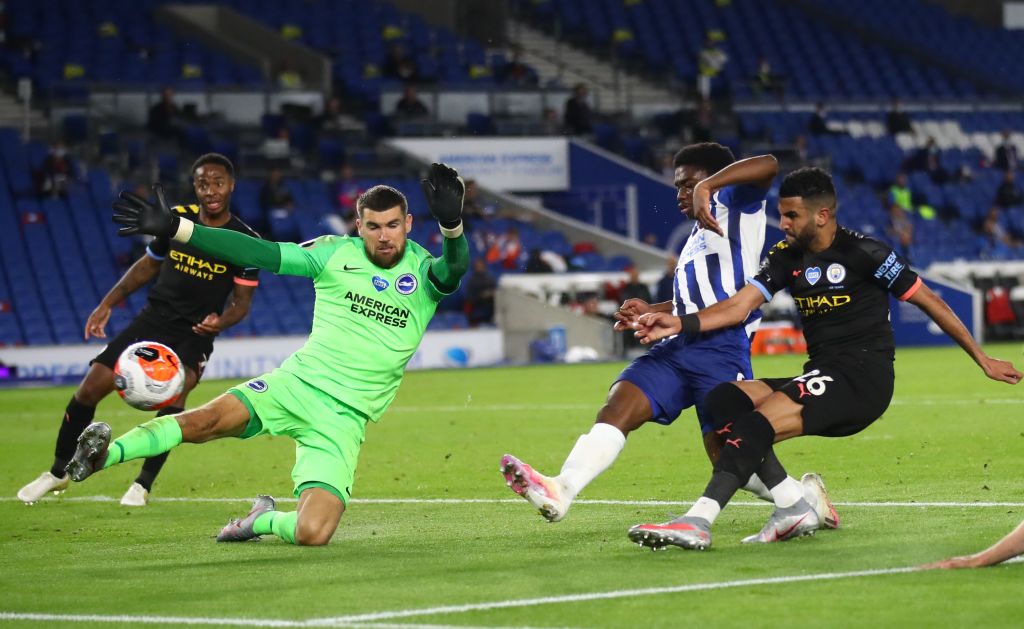 Nine minutes before the end, a determined Sterling grabbed his third in unusual circumstances.

Jesus and Eric Garcia had already missed early chances by the time Sterling put the visitors in front after 21 minutes.

He cut inside from the left and impressively found the far corner from 20 yards after collecting Jesus' headed lay-off.

Jesus had a shot deflected onto the crossbar by Brighton defender Lewis Dunk and also showed some great footwork to create a chance which Riyad Mahrez narrowly fired wide.

But City were not to be denied, Jesus tapping in from under the crossbar after Rodri had helped on a Kevin De Bruyne corner a minute before the break.

De Bruyne cannoned a free-kick off the post shortly after the restart and City soon got their third after 53 minutes when Sterling headed in Mahrez’s in-swinging free-kick from inside the six-yard box. 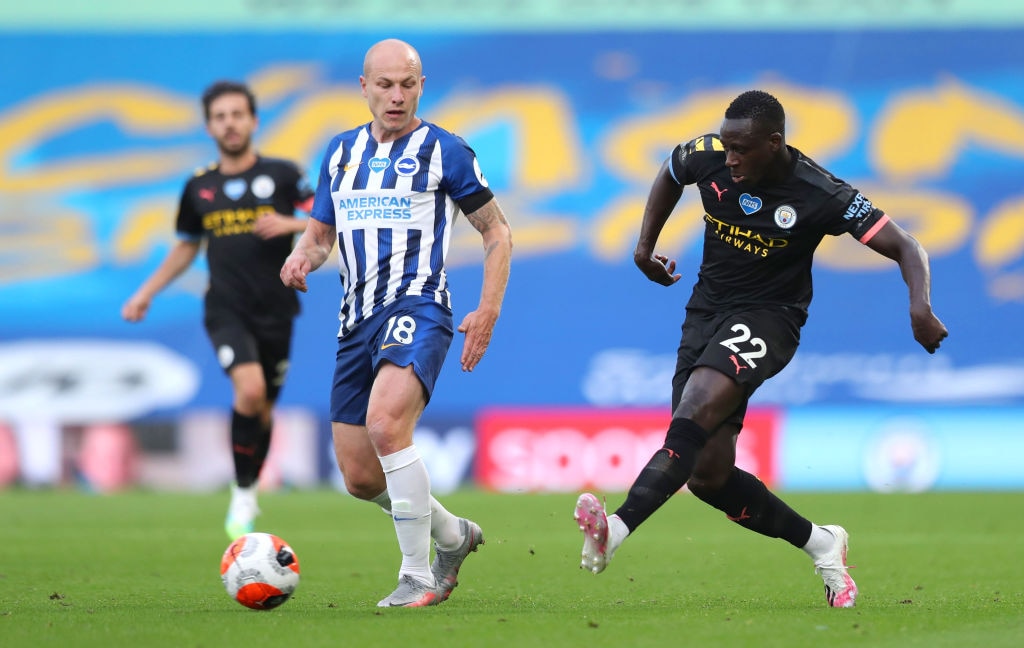 It was four in the visitors' next attack when Mat Ryan could not hold Bernardo Silva's deflected effort and Jesus kept the ball alive to allow the Portugal international to convert a simple follow-up.

Sterling's hat-trick goal saw him force his way past Dunk and Adam Webster before somehow creeping a header between Ryan's legs while he fell to the ground, with a scrambling Dan Burn then helping it over the line.

What does it mean? City emphatically end away-day blues

City had lost their last three Premier League away games, while they had scored just three times in their last six top-flight matches on their travels, despite an expected goals figure of 13.

They had no issues bringing those poor runs to a welcome end with a victory that all but secures second place in the Premier League after Chelsea's defeat against Sheffield United.

Jesus impresses with Aguero out

Brazil international Jesus scored his first goal since lockdown against Newcastle United last time out and, apart from the superb Sterling, was excellent as City's other standout in this game.

He scored one and assisted two as well as being a constant threat in a lively 63-minute outing. He now has 20 goals and 10 assists in a season where he has become even more important with Sergio Aguero out injured.

Convincing home defeats against Manchester United, Liverpool and now City mean Brighton, who did not register a shot on target, are not yet mathematically safe. Facing Pep Guardiola's side is a formidable task at the best of times, but their defending did themselves no favours here, with City players constantly finding themselves unmarked close to goal.

City will likely make changes ahead of their FA Cup semi-final with Arsenal when they host struggling Bournemouth in the Premier League on Wednesday, a day before Brighton could seal safety when they play away to Southampton.