No-one is happier that the Matildas have two more high-class friendlies before the Olympics than young gun Ellie Carpenter.

The defender missed April's matches against Germany and the Netherlands following a COVID outbreak at her French club Olympique Lyonnais, the situation creating too much of a health and safety risk for the 21-year-old to join up with the Australian squad.

Instead she had to watch as the Matildas played their first matches in over a year and their first under new coach Tony Gustavsson without her.

Carpenter's absence was keenly felt by her teammates as the Matildas suffered back-to-back heavy defeats against the European heavyweights, going down 5-2 and 5-0. Matildas captain Kerr nominated for PFA player of the year

Now back in the squad ahead of upcoming clashes with Denmark and Sweden, Carpenter couldn't be more relieved to get a chance to link up with her teammates and Gustavsson before the Olympics in late July.

"These two games are important for us, for our preparation for the Olympics and also for me to get back and play international football because I haven't in such a while," Carpenter told AAP.

"I was really excited when these games got announced."

Having signed off from her first campaign in France with a spot in the Division 1 Feminine team of the season, Carpenter believes she's coming into the camp a much better player than she was when she made the move to Europe last year.

The Matildas will play the Swedes again in Tokyo in a tough group that includes trans-Tasman rivals New Zealand and the world champion United States.

Carpenter says meeting Sweden ahead of the tournament next Wednesday will be advantageous going into the Games. 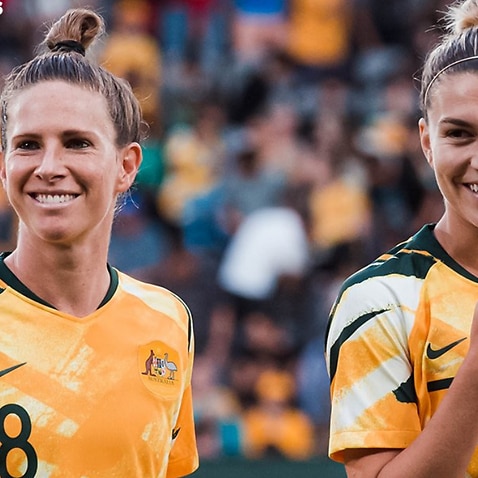 "It's quite bizarre that we're playing a team four weeks out. It's not really normal but I think that's good for us," she said.

"We need competitive games, we're about to go into a tournament playing a game every two days.

"We know we're going to face them in a months' time so I think it's really good for our preparation.

"We know what we're up against and we can try things out or see what things work or not. It's in our favour really."