His side will finish bottom for the fourth time in five seasons but Mariners' coach Alen Stajcic is clear about what his A-League club has to do to improve.

Central Coast coach Alen Stajcic says the battling Mariners must return to the roots put down by predecessors Lawrie McKinna and Graham Arnold in order to break the club's cycle of failure.

With one A-League game left to play the Gosford based-club will finish last for the fourth time in five seasons.

The 1-1 draw with Western Sydney on Monday in their final home game of the season was the Mariners second point in as many games following a league record equalling run of 11 straight losses. 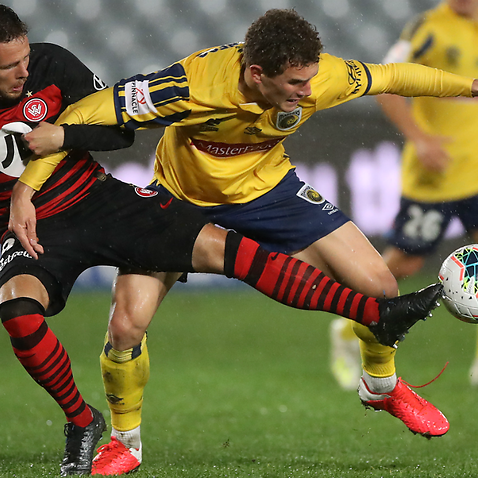 They have already picked up one more win and two more points than last season heading into next Monday's clash with fellow stragglers Melbourne Victory in Sydney.

Stajcic, said the club had a lot of things to address, but the heavy lifting to pick the club back up had been done.

Stajcic, who has been at the club since March 2019, said retaining their promising youngsters was a key for the Mariners.

'"The club has had a history of the few young players that did come through, we lost those players like Trent Buhagiar, Lachie Wales and Matty Millar," Stajcic said.

"We've really solidified the core group of this squad moving forward, not only the next year but the year after as well.

"These boys are 18, 19, 20 years of age, there's not many teams around at the moment that have six or seven players in their starting lineup that are at that at age.

"We've built the core foundation and we need some strong leaders around these kids to guide them on and off the pitch,

"That's how we are going to rebuild this club and that's what this club was built on 15 years ago when Lawrie first started and when Arnie took over.

"We need to go back to those roots and re-establish those strong footholds."

Stajcic said the team's performances in their last three games showed the heart, spirit and unity within the club, given they had no chance of making the finals and were playing for pride and passion.

"It would have been easy to have a weak mentality from individuals or from the group as a collective," Stajcic said.

"They showed me what a great group they are to be able to keep fighting in all three games and no doubt we are going to do that again next Monday night against Victory."