Australia coach Alen Stajcic said there would be changes to the Matildas' starting line-up for the FIFA Women's World Cup quarter-final against Japan at Edmonton on Sunday (AEST). 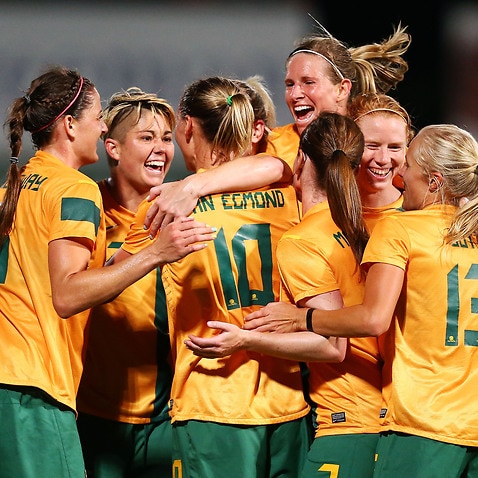 "Yeah, there will probably be a couple of changes to the starting line-up - probably two or three," Stajcic told The World Game.

"I've really tried to freshen the squad up after those first four games in 13 days, so we've done that now and the next team picked will be our 100 per cent starting line-up.

"And, again, the main motivation is not really performance. We've got many players who are doing well. It's more about picking players who are fresh and fit and healthy."

After the Matildas lost their opening game of the group stage 3-1 to USA, Stajcic made three changes to the starting side for the match with Nigeria, which the Matildas won 2-0.

He kept the same starting XI for the 1-1 draw with Sweden, a result that guaranteed Australia a place in the round of 16, and then made two changes for the game against Brazil.

The Matildas won that game 1-0, but from the way Stajcic is talking no-one can rest easy and expert automatic selection.

"The bulk of the starting line-up has been fairly similar throughout the tournament, but I've made a couple of changes here and there," Stajcic said.

"The players have had a massive workload - four international matches in 13 days - so trying to keep fresh the key players in positions where they do a lot of running has always been in the back of my mind.

"We do have a squad with good depth and there are players who haven't played many minutes or any minutes at all here who are good enough to take anyone's place, so that's the comfort we take from having the good preparation for the tournament that we had."

The most striking changes Stajcic made were when he left Katrina Gorry and Kyah Simon out of the starting side for the game against Brazil, replacing them with Tameka Butt and Michelle Heyman, and then sent Gorry and Simon on for Butt and Heyman during the second half.

It proved a master-stroke, with Gorry helping to set up the only goal of the match and Simon scoring it. 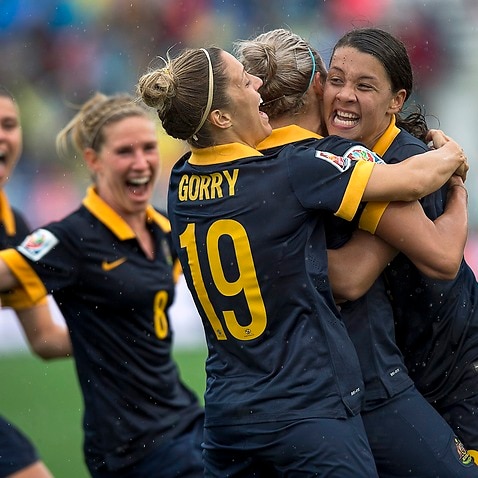 Matildas make history to kick Brazil out of World Cup

Asked if the plan all along had been to see Brazil off with his starters before looking to land the killer blow with his substitutes, Stajcic replied: "It was sort of the plan and it came off, but in football you can make a plan and sometimes it makes you look good and sometimes not, so I wouldn't over-play that it was exactly what we wanted to do. But it was one of the reasons we made those changes.

"'Mini' (Gorry) had played a lot of football in the first three games - and in midfield, where you do a massive amount of running that takes a toll - so bringing her on fresh was good.

"And Kyah, still coming off her knee injury from last year, had started two games in a row and was a little bit flatter after the Sweden game than after the game before against Nigeria.

"I'm always mindful of keeping players in key roles as fresh and as sharp as they can be - especially in those key attacking roles, where if you lose that one metre of sharpness you become way less effective.

"My confidence is in the entire team and they've all got slightly different qualities, you know.

"Michelle Heyman or Kyah Simon up front, they both give us almost equal value but they've got different qualities they bring to the team. Michelle's work-rate is probably a touch higher than Kyah's, but Kyah probably injects herself into the game a touch differently to Michelle.

"At the end of the day it's equal value, what they do, but they go about their business differently. That's the confidence I have in the team.

"'Tammy' (Butt), I knew with her work-rate I could throw her in there and the team wouldn't lose anything."

The six-day gap between games heading into the clash with Japan is the longest the Matildas have had during this event.

Stajcic said he was sure he would know which players were the right ones to start with as a result of what he had seen in the games and at training.

"When you're standing there pitch-side at the game, you can see when a player's work-rate drops off and they start to lose concentration," he said.

"This game is going to be played in 31-degree heat, so people need to have their petrol tank as close to 100 per cent as it can be.

"I think we're pretty fit at the moment. I think we've gotten fitter throughout the tournament. It's a young team and all those high-level games have added a fitness and performance edge to our team, so I'm actually really confident about our team from a physical point of view."