The 35-year-old left Madrid on the expiration of his contract, having helped Los Blancos to five La Liga titles and four UEFA Champions League triumphs during his 16-year spell in the Spanish capital.

Ramos, who wanted a two-year commitment from Madrid, claimed in June that he had belatedly accepted a one-year contract offer from the club, only for it to be withdrawn.

He has now joined PSG, linking up with mooted Madrid target Kylian Mbappe and former Clasico rival Neymar in Paris, with the centre-back signing a two-year deal.

The capital, a new home 🤩#𝗪𝗲𝗹𝗰𝗼𝗺𝗲𝗦𝗲𝗿𝗴𝗶𝗼pic.twitter.com/v2CJ1GOPwr

Ramos may well fill the void left in PSG's defence by Thiago Silva's departure to Chelsea in 2020, with Presnel Kimpembe putting in some erratic displays last term, while Thilo Kehrer and Abdou Diallo have also failed to step up, putting the onus firmly on Marquinhos to perform.

Club president Nasser Al-Khelaifi said: "Paris today welcomes one of the greatest players of our time. We are happy to announce that Sergio Ramos is joining us.

"Sergio is a complete footballer, one of the best defenders in history. He is a born competitor, a leader and a great professional.

"His great experience and his ambitions are in perfect harmony with those of the club. I am proud to see him in the Paris Saint-Germain jersey and I know our supporters will give him a fantastic welcome." 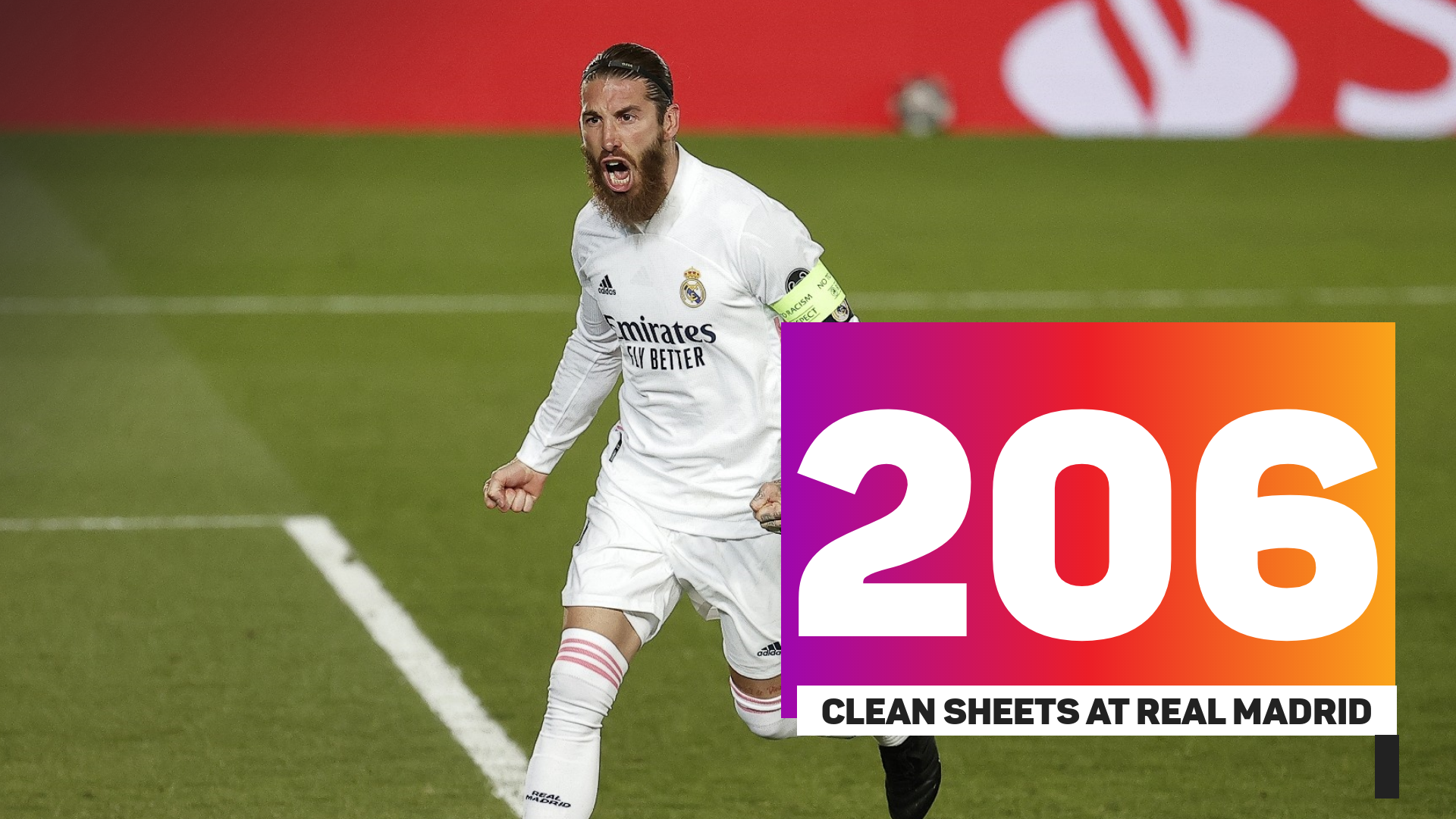 Ramos added: "I am very happy to join Paris Saint-Germain. It is a big change in my life, a new challenge and a day that I will never forget.

"I am proud to be part of this very ambitious project, to join a team with great players. It's a club that has already proven at the highest level with solid foundations. I want to continue to grow with Paris and help the team work to win titles."

Having missed out on the Spain squad for Euro 2020 following injury trouble, Ramos will be hoping not only to help Mauricio Pochettino's team claw back the Ligue 1 title, but also push on in the Champions League as the club look to break their duck in the competition.

Ramos not only brings defensive nous and experience – he helped Madrid to 206 clean sheets – but he is the only defender to score 100 goals while playing in one of Europe's top five European leagues since the turn of the century.

His total of 101 goals is split between Sevilla and Madrid, though he only scored three times for the Andalusian club before his move to the capital.

Ramos played over 40 times across all competitions for Madrid in all but two of his campaigns at the club – his lowest tally of appearances coming last season, when he managed just 21 games, all of which were starts.