Southampton are on top of the Premier League for the first time after they defeated visitors Newcastle United 2-0.

Goals from Che Adams and Stuart Armstrong gave the hosts victory to take the Saints above champions Liverpool on goal difference.

After starting the league campaign with back-to-back defeats, Southampton have won five of six matches - drawing the other at Chelsea - and end a day on top of the English soccer pyramid for the first time since September 16, 1988. 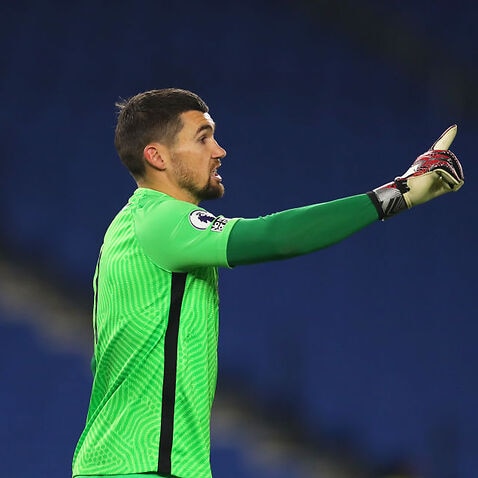 "First time in the club's history I believe, where it all started for me, it's an absolute honour.

"Sadly there's no fans but we work hard for each other and the work is showing."

Adams gave the Saints the perfect start at St Mary's with a goal after three minutes and Armstrong sealed the points with the second goal eight minutes from time.

Ralph Hasenhuttl's men dominated possession and chances and it marks a remarkable 12 months for the Austrian manager since their 9-0 thrashing by Leicester last October.

Earlier on Friday, Socceroos goalkeeper Mat Ryan was back in goal for Brighton & Hove Albion, after he was left on the bench last weekend for "tactical reasons" by manager Graham Potter.