Long-time Socceroos physiotherapist Les Gelis has scored a new job in the NBA as the changing of the guard begins behind the scenes of the national team.

With Bert van Marwijk's tenure as coach now over, a new era beckons under incoming coach Graham Arnold, who will bring in his own backroom staff.

Gelis, who has been FFA's head of physiotherapy since 2010 and involved with the Socceroos for more than two decades, is a hugely symbolic departure.

He has been appointed as director of sports medicine at NBA team Brooklyn Nets.

Duncan was brought into the national set-up by former coach Ange Postecoglou and introduced a number of innovative new technologies as the Socceroos travelled the longest World Cup qualification path ever taken. 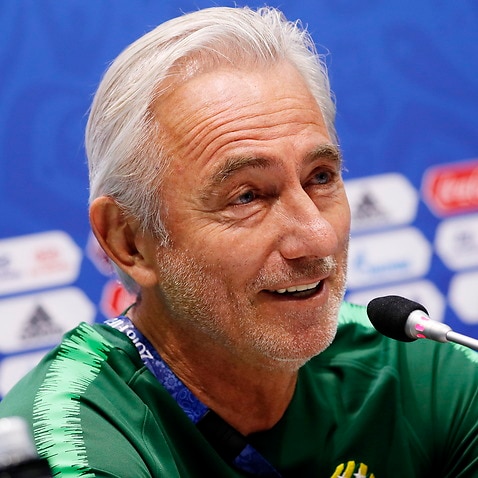 "Last game today with @socceroos #gosocceroos for the legend Les Gelis and myself - been a great few years and so grateful for the opportunity to work with so many wonderful players and staff," Duncan posted on Instagram.

"No one has done more than Les for sports medicine in Football in our country and has been involved with the @Socceroos for well over 200 games - a true humble legend."

Arnold's first major assignment at the helm of the Socceroos will be at the Asian Cup in January in the United Arab Emirates.

He is expected to bring with him several of his trusted allies from Sydney FC, including conditioning coach Andrew Clark and video analyst Doug Kors.