World Cup star Mark Bresciano declared that one of his main objectives as a new Football Federation Australia director is to lift the world ranking of the Socceroos and Matildas and make them more competitive at the highest level.

The Socceroos midfielder-turned-administrator said he was committed to giving the men's and women's national teams the best possible platform from which to compete consistently and successfully in their respective World Cups and regional championships.

Bresciano said he saw his position on the FFA board as a golden opportunity to give something back to the game that provided him with a career that millions of young kids can only dream of.

He forged a long and successful career that took him from Carlton in the National Soccer League to some of the most famous theatres in world football.

He was a regular player in Italy's Serie A for the best part of a decade and played 84 times for Australia, scoring 13 goals.

He took part in three FIFA World Cups and was a member of the Socceroos' squad that won the 2015 AFC Asian Cup.

Bresciano, who will be 40 next month, quit competitive football in 2015 claiming burnout and for a while he distanced himself from the game, prompting fears within the football fraternity that his vast experience would be lost.

However last year the popular attacker who was endowed with exquisite individual skill decided that another life should begin at 40 and he put his hand up for a directorship and was appointed to the board amid widespread relief.

Melbourne-born Bresciano said he felt that fulfilling his role on the new FFA board was the least he could do to help a game that was going through a difficult transitional period at the time.

"A seat on the board is a great way for me to give back to the game that has given me so much," Bresciano said. 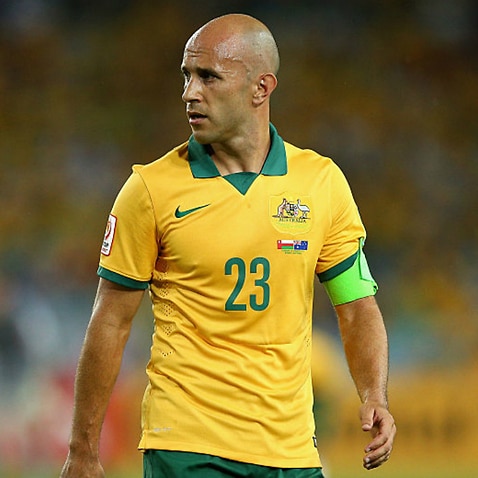 "Many years of playing for the national teams at junior and senior levels has given me some great insight into what can be done in the game, the improvements that are needed and what can be achieved (long term)."

After attending a handful of board meetings Bresciano said he has been able to fully appreciate the work being done away from the spotlight to make sure our representative sides are given the best opportunity to give a good account of themselves on the world stage.

"Being closely involved with the board and senior management team at FFA has really opened my eyes to the tremendous amount of work that goes on behind the scenes," he said.

"As a player you tend to focus on yourself and what you need to enable you to perform.

"I now have a much greater appreciation of the time, effort and sacrifice that so many people, past and present, have put into the game."

Bresciano, whose 'Spartacus' goal against Uruguay in 2005 helped the Socceroos beat the South American giants on penalties to clinch a spot in the World Cup in Germany, said he would love nothing more than see the Socceroos continue the good work he and his teammates from the 'Golden Generation' had started more than a decade ago.

"I think we have a great opportunity to really build the sport and realise the enormous potential of football in Australia," he said.

"From a national teams' perspective, I want to see the Socceroos and Matildas achieve their highest ever rankings and compete consistently at the highest level."

Bresciano said Graham Arnold's Socceroos were on the right track to reach the World Cup in Qatar in 2022 but he warned that tougher battles lie ahead.

The Australians are in the box seat to win Asian Group B comprising Jordan, Kuwait, Nepal and Chinese Taipei and qualify for the final phase of qualifying.

"I think the Socceroos have passed all of their recent tests with flying colours and with a 100 per cent record in qualification so far they've done everything asked of them," he said.

"It's going to get harder from here on ... you have to realise that qualifying for World Cups is extremely hard. It's always been that way and it's no different today.

"There's a lot of travelling, different styles of play to face up to and the standard of football in Asia is extremely high ... more and more nations are investing heavily in their football programs and it's difficult.

"I'm confident though that the Socceroos will be able to rise to the challenge."