Socceroos great Craig Moore has emerged as a leading contender to replace Luke Casserly as Australia’s head of national teams.

The inspirational defender, who played at the 2006 and 2010 FIFA World Cups and amassed 52 caps, is the favourite on a shortlist of four candidates being considered for the role, with an announcement due as early as next week.

The former Rangers, Crystal Palace and Newcastle United stopper - now 43 - has previously held player mentoring, advisory and ambassadorial roles within Football Federation Australia, and would consider landing the job as a sort of homecoming.

He was part of the Socceroos’ inner sanctum at the 2014 World Cup in Brazil - under Ange Postecoglou - before graduating to a three-and-half year stint as Brisbane Roar’s football director, before his shock resignation in January 2018. 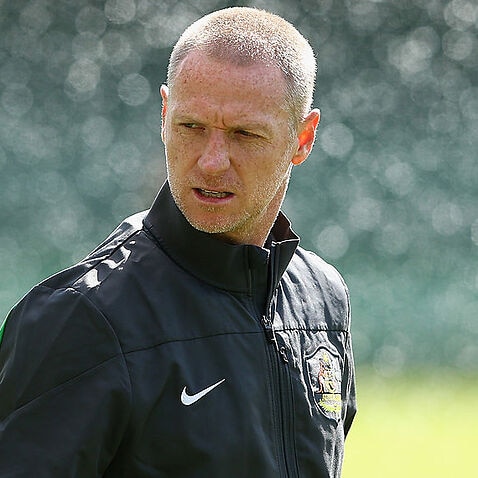 Back our youth teams or Socceroos are doomed, claims Moore

The gig vacated by Casserly, as FFA swung the axe in a cost-cutting exercise two months back, involves oversight over Australia’s myriad national teams - from the Socceroos and Matildas to the Pararoos and Joeys.

Moore, if successful, would be responsible to FFA’s technical director Rob Sherman - who is part of the selection panel - and the in-coming CEO, either James Johnson or Brendan Schwab.

He would also work closely with Sherman on driving the national team program forward and making decisions on funding and identification of future talent.

Moore is currently working as a football consultant and spent time with the Joeys squad at the 2019 FIFA U-17 World Cup in Brazil, where they reached the knock-out stage.

Meanwhile, an FFA board meeting scheduled for Sunday - on who should replace departed CEO David Gallop - was postponed as chairman Chris Nikou seeks equanimity from a split board.

A follow-up meeting is expected later this week as the wait goes on for an announcement.