The Socceroos aren't expecting any surprises when they face Kuwait in the first of four World Cup qualifiers.

Graham Arnold's side sit top of group B, two points and a game in hand clear of second-placed Kuwait ahead of their clash at Jaber Al-Hamad Stadium.

Australia haven't played in 18 months - November 19, 2019 being the last - while Kuwait have come together on multiple occasions amid their Gulf Cup campaign, but Arnold noted the Socceroos know what to expect.

"Fortunately for us we've been able to analyse what they're doing because they've probably played a good 10 games during COVID where we haven't played any," he said. 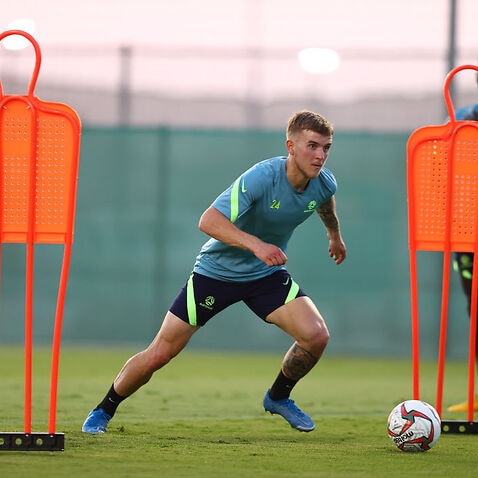 Give the kids a chance, says Socceroos boss Arnold

"So we know exactly what they've got, what style they'lI play and how they play.

"We'll go out and nullify their strengths and expose their weaknesses and I expect a great performance and three points."

Arnold will lean heavily in the opening game on players who arrived in camp earlier, with the likes of Nikita Rukavytsya and Adam Taggart among those who joined late.

He will rotate his squad - and likely the captaincy - throughout the four games and noted the "energy" young players and fresh faces had brought to camp.

As Rhyan Grant is among the later arrivals, unsighted defender Fran Karacic will debut and start at right back after a strong Serie B campaign with Brescia.

With Tom Rogic and Aaron Mooy unavailable, 24-year-old Ajdin Hrustic could be deployed in the playmaker role after a breakout Bundesliga season with Eintracht Frankfurt. 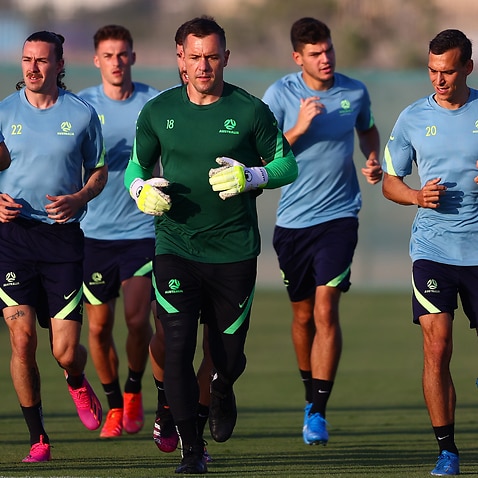 Socceroos up for hectic return schedule

"Ajdin has come in from my view, a completely different player than what he was last time we saw him when he was in Holland," Arnold said.

"He's at a great club in Germany, he's doing exceptionally well but we've got some great depth in those positions.

"Riley McGree's here as well and Jackson Irvine, so we've got players who can play in those roles and the best part about it is we can be flexible with our tactics and team structure."

The game against Kuwait kicks off at 5am on Friday (AEST).