Fringe Socceroos goalkeeper Brad Jones will be hoping his clanger that gifted FC Twente a goal in the Dutch Eredivisie on Sunday (AEST) does not ruin his FIFA World Cup chances.

The 36-year-old Feyenoord stopper was made to look foolish by attacker Adam Maher in Twente's equaliser.

With Feyenoord up 1-0 in the 22nd minute, Jones took possession from a backpass deep in the box before attempting to pass to his defender only for Maher to intercept it and slot the ball into the net.

Jones, who played his first game for Australia in four years in last month's friendly against Colombia, is a strong chance to make Bert van Marwijk's squad for Russia 2018, starting in June.

After being out of favour under former coach Ange Postecoglou, he's in a battle for the No.1 jersey with incumbent Mat Ryan, while Danny Vukovic has also impressed in the past season.

The error did not prevent the fourth-placed Feyenoord from beating relegation-bound Twente, with the 3-1 result moving them five points clear of FC Utrecht in fifth. 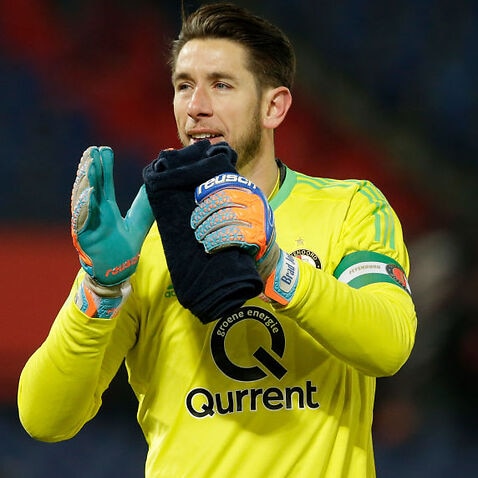