The World Game resumes its monthly series on Australian footballers who left their mark on football down under. Winger Ted Smith, who played for his country in the 1956 Olympic Games, says internal politics is the main reason the game has failed to reach its potential.

Wingman Ted Smith, who is one of the oldest surviving ‘Socceroos’ players, would be perfectly entitled to feel a sense of deja vu as internal politics continues to stifle the game’s progress in Australia.

Smith, who is now 85, said football politics was not a modern phenomenon because it was this that was mostly to blame for Australia’s disappointing participation in the 1956 Olympics.

"It's one of the reasons our game has not reached its full potential," Smith said.

"But it's nothing new because I've seen politics at play from a very long time ago."

The Australians crashed out of the tournament when they lost 4-2 to India in the shock result of the quarter-finals.

“We should have done better,” Smith explained.

“For starters, the coach did not pick the squad. This was done by a selection committee that comprised representatives from all the states.

“So politics came into play. We had players from every state in the 20-man squad and for this reason we were not as strong as we could have been.

“This was particularly evident in the quarter-finals when we lost to India.

“The team was not balanced at all because it was picked on political lines and not on merit.

“We did not have a classic centre-forward because we played in a WM formation. We had Jack Lennard as our ‘striker’. He was a good player but other players should have been in the team and were not there mainly due to politics.

“Don Hodgson, my club mate at Moreland, should have been our centre forward at the Olympics but the system did not allow it.

“We got by in our first match against Japan and won 2-0 but we lost in our next game against India and were out.” 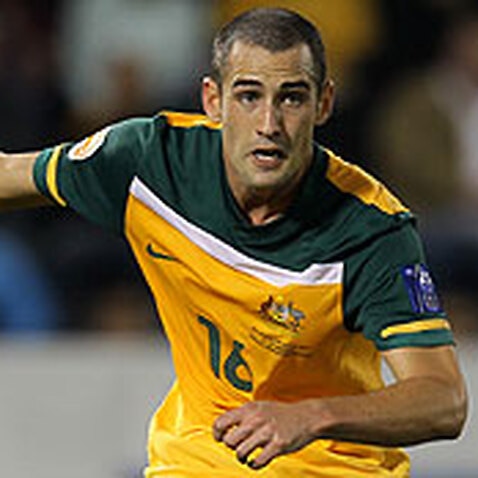 Socceroos Greats - Where are they now: Carl Valeri

Smith was happy to reminisce about his relatively brief career that was spent entirely in Victoria.

“I am basically semi-retired in Melbourne. I still do some insurance consultancy work from home and whenever I can I play nine holes of golf.”

Tell us about your early years at Moreland.

“I was playing under-17s at Preston Tech before I went to Moreland in 1953. We had a young  team and managed to win the Dockerty Cup in 1957. However when the 1960s came the team started to break up and that is when I joined South Melbourne. Their coach was Len Young who had been my coach at the Olympics.”

You had been picked to play for Australia at the 1956 Games as a little known 21-year-old winger. You must have been pretty good.

“Well, one of the reasons I was able to be in the squad and play is that I was physically very well prepared. I had been training very hard on my own, using a weights system devised by Australia’s Davis Cup team manager Harry Hopman. So by the time the Olympics came I was well ahead of my competitors. I had a flying start and, to be honest, I was always fairly sure I was going to play.”

Losing to India would have been hugely disappointing.

“Yes. We were confident of beating the Indians after we had dealt with Japan rather comfortably. But in football nothing is guaranteed and, if you are not switched on, any game becomes very hard to win. We were not on our game that day and we paid the penalty. This is a lesson every young kid should learn.

“It’s a shame because we would have played Yugoslavia for a place in the final. Imagine what that match would have done for the sport’s development, particularly in Victoria. Football was regarded as a poor cousin those days. We missed a golden opportunity, that’s for sure.

“Having said that we footballers were treated as equals by the Olympic family and at no stage did we feel that we were second class citizens. We were all Olympians. It was a wonderful experience.”

“It was very much a British game. And Moreland were one of the more prominent ‘British’ clubs. Some Europeans started coming but their influence was not being felt as yet. In the 1960s more European migrants came and that is when football began to change, becoming rather strong.

“It was very much an amateur game and for winning the 1957 Dockerty Cup we Moreland players were paid five pounds.”

Would the three seasons you spent with South Melbourne be the highlight of your club career, especially since you helped the club win their first championship in 1962?

“It was from one point of view. Young was replaced as coach by Manny Poulakakis who introduced a 4-2-4 system. What that did was make me the link in the middle. If I were not playing there I would have struggled to be in that team. It was a lucky break for me, I suppose, but my hard work beforehand paid off.”

You must wonder if today’s world game is the same you fell in love with so many years ago.

“Football will always evolve as coaches come up with different tactics. We had fantastic players in the past like Alfredo di Stefano, Ferenc Puskas and Francisco Gento and we still have amazing players today like Lionel Messi and Cristiano Ronaldo. The difference is in the tactics.

“In Australia we have a different scenario. In the olden days our game was basically physical and technical. Nowadays, however, I do not think our skill level is where it should be. That’s my theory, anyway.”

Milner 'falling out of love' with football amid ongoing VAR controversy