The World Game pays its monthly tribute to the Socceroos stars of yesteryear who left their mark on football down under. Striker Jimmy Patikas realised his childhood dream of becoming a successful professional in Europe and will always be grateful to the late Eddie Thomson for saving his career that was going nowhere.

Jimmy Patikas, Australia's golden boy of the 1980s, has warned young Australian players who dream of a professional career in Europe that Tim Cahill was a freak and urged them to establish themselves at home before taking the giant leap into the unknown.

The case of Cahill who went to England as an unknown and became a Premier League star and a Socceroos legend was an exception not the norm, according to Patikas.

Patikas was one of Australia's finest talents of his generation but he admitted he was unprepared for his unsuccessful introduction to European football as a raw teenager.

He, however, did not let his first taste of European football weaken his determination to make it abroad and with a few National Soccer League seasons under his belt he would become a star with AEK in Greece where he spent seven eventful seasons he will never forget.

"I went to Aberdeen in 1979 as a teenager but the truth is I was not ready for European football," Patikas, now 55, said.

"It's not that I was not good enough. I just did not want to do it even though I had Alex Ferguson as manager. I had an apprenticeship for a year but I broke contract.

"I was immature and I could not handle the cold and snow and being away from home. I also missed the way of life I was used to in Sydney. One day I rang up Sydney City coach Eddie Thomson and told him I wanted to leave. Thommo rang Fergie and he allowed me to leave Aberdeen after six months. 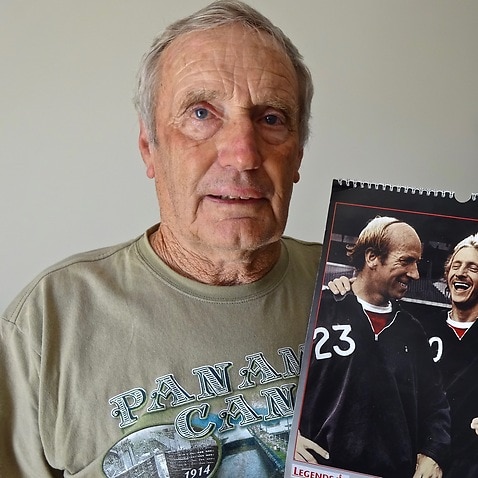 Socceroos Greats - Where are they now: Stan Ackerley

"When AEK came calling in 1985 I was far more experienced and I had already won three NSL titles with Sydney City. I knew what to expect in Greece, also because I had spent a month training with AEK as a 16-year-old. I knew what I had to do to survive and what was expected of me so I was ready.

"Therefore the advice I would give to young Australians is to make it here first before taking the big step. Guys like Cahill who went to Europe without a reputation and succeeded are special cases.

"Usually many young players end up coming home or playing in lower leagues. They should go there for a month or so to have a look around and gain experience. And if a club comes knocking they shouldn't go in there begging for a contract or anything like that. Clubs won't respect you if you did that."

Patikas played only 10 full international matches for the Socceroos but will be fondly remembered as one of the country's most exciting attacking players and one of Australian football's flag-bearers in Europe in the 1980s.

What has become of Patikas the footballer?

"When I retired 24 years ago and came back to Ashbury in Sydney's inner west, I got into coaching juniors because of my son Aari. I have spent all this time coaching Inter Lions at Concord two times a week. After a few years I coached the seniors at National Premier League clubs like Canterbury Bankstown and Dulwich Hill. At the moment I coach St George juniors three times a week along with the Lions. That keeps me pretty busy."

You made your NSL debut at the age of 15. You must have been pretty special.

"When I look at it now, I was lucky. I also had the talent and people who believed in me. Gerry Chaldi, who was an Israeli international, saw me play for the NSW team and invited me to join Sydney City. I did not have to play in the 16s, 17s, 18s and reserves ... I went straight into the first team."

By the age of 18 you had already won three NSL championships. What made that Sydney City team so special?

"We were highly professional. We had pace, skill and experience and we were a good family.

"Frank Lowy and Andrew Lederer were the bosses. They were No. 1 in business and No. 1 in football. So they could afford to sign any player they wanted. They had the first choice with any top talent that came through the ranks anywhere. I was one of many talented players in the team. I won't name the others because I will miss out on a few good ones for sure."

Being of Greek heritage, your heart must have been with Sydney Olympic, right?

"Of course. Every Greek player would want to play for Olympic and the same applied with Italian players who yearned to be with APIA and Croatian players who felt Sydney Croatia were the club to be with."

You were also one of the youngest Socceroos debutants at 17. Did you ever feel that things were happening too fast for you?

"When people ask me how did I do it I tell them it was like climbing the stairs to your house, you take it one step at a time. It was not easy. I worked hard and I had good coaches but it was natural. Whenever a bigger opportunity arrived I took it easy and went for it."

Pace was the hallmark of your game. Did you build your speed as you went along or were you always quick?

"Look, you are born with speed but I became faster after I left Australia for Greece, believe it or not. As fast as I might have been, I gained more pace when they put me on to weights, sit-ups and all sorts of exercises to strengthen my stomach muscles, hamstrings, etc. I had professional fitness people around me all the time and they made sure I was never too heavy ... my weight in Greece was always around 70kgs.

"I was sharp and smart and that helped me react quickly to match situations ... that of course came from the mind which had to be quick too. A slow mind makes you a slow player."

You played many times for Australian selections in the early 1980s against touring sides like Rangers, Nottingham Forest, Tottenham Hotspur, Vasco da Gama and Red Star Belgrade. All these clubs had top players. Did you feel you 'belonged' in such company?

"When I played against those guys I was still young but I was competing. I used to say 'geez, these guys are big-game millionaires but we're not too far away'. We managed some good results."

The World Cup play-off with Scotland in 1985 did not go well, although not many people expected Australia to prevail. Were the Socceroos too negative at Hampden?

"Maybe but you have to remember that the Scotland team had some big stars like Kenny Dalglish, Graeme Souness, Alex McLeish and Ferguson as manager. Some of the Socceroos players were born in Scotland or England and would have treated those guys like idols and been scared shitless of them because they had seen them all so many times on television.

"We could have done some damage for sure if we attacked more but I am sure coach Frank Arok knew that if we played openly we would have risked getting smashed. Looking back, having started in both legs, we could have shown more enterprise but hindsight is a wonderful thing, isn't it?

"It was nice to bump into Ferguson after six years. He gave me a hug and asked me how I was going."

Was the aggregate 2-0 defeat to the Scots the biggest disappointment of your career? You were one hurdle away from playing in the World Cup.

"Not really. We did not expect to beat them to be honest. For us part-timers it was a privilege just to play them. Maybe the biggest disappointment in my career was the number of times we players had to make a run for it after AEK lost a big game and not face our own fans who were ready to bash us."

What sort of pressure did you have to contend with in Greece on and off the pitch? As you would know very well, Greek fans are passionate and can be very demanding.

"Winning is everything, no two ways about it. If you lose a game and play badly you have to run for your life afterwards. I got pelted with eggs and tomatoes many times in Greece and on occasions I was even threatened. That's what you have to deal with sometimes but by the same token Greek football has given me incredible highs. I won three championships with AEK and played in European club competitions very often."

What do you remember from the two European Cup ties with Dynamo Dresden and Olympique Marseille in 1989?

"One memory still haunts me. We played Marseille in the second round and lost the first leg in France 2-0. In the first half of that match I thought I had put AEK in the lead with a low shot but the goal was disallowed because a defender kicked me while I was taking the shot and a free kick given in our favour on the edge of the box. It was a legitimate goal that could have made all the difference because of the 'away goals' rule. We took the lead in the return but ended up drawing 1-1 and we were out."

I would suggest that being an AEK player for the best part of eight seasons, and living in such a football-mad city as Athens, that would be the high point of your career?

"It was a great experience, that's for sure. Living in Athens and playing for 'my club' were a dream come true for me. I was a supporter of the 'yellow and black' when I was growing up in Sydney and I had a poster of club legend Thomas Mavros in my bedroom. We later became friends and roommates while playing for AEK."

Which was the best match you ever played for club or country?

"The one that stands out was when I scored two goals in AEK's 2-2 draw with Panathinaikos in the 1985-86 Greek Cup semi-final in front of a 100,000 crowd at the Olympic Stadium in Athens. That probably was the best game I ever played. It was the one that gave me the best feeling, anyway. But we lost the return 1-2."

Of all the coaches you have worked with at home and abroad, who was your favourite and the one you liked the least?

"Chaldi will always be in my heart because he 'discovered' me, Thomson gave me my big break, Manfred Schaefer looked after me well and Dusan BaJevic was like a second father to me at AEK. It's hard to prioritise. I got on well with coaches but I could not stand the two Dutchmen with whom I worked briefly at AEK. I just did not like them one bit. They were too arrogant for my liking."

Who were the best players you have played with and against?

"As you would expect, I played against so many famous players in Greece and in European club football. Romario, Jean-Pierre Papin, Jean Tigana, Franz Beckenbauer, Karl-Heinz Rummenigge, Daniel Passarella, Alessandro Altobelli, Giuseppe Bergomi are just a few that spring to mind."

"I had some fantastic teammates at AEK like strikers Hakan Sandberg from Sweden and Marton Esterhazy from Hungary but the best was Poland midfielder Miroslav Okonski, who came to us from Hamburg and at No 10 played a key role in our championship victory in 1989."