Socceroos great Milligan, who arrives from English club Southend United, enjoyed a decorated career with the national team, racking up 80 caps before retiring from international football in December.

"Mark brings a wealth of experience to our club and will be invaluable to the younger members of our squad," Bulls coach Ante Milicic said in a statement.

"Working with him in the Socceroos across two World Cups, I was always impressed by his leadership on and off the pitch.

"A Joe Marston Medal winner in 2015, Mark is no stranger to the A-League and will provide us with great structure in our defensive backline." 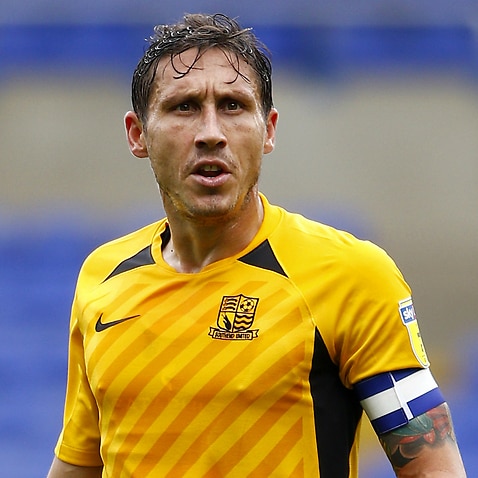 Milligan, 34, previously won the A-League championship with Sydney FC in 2006 and captained Melbourne Victory to a premiership-championship double in 2014-15.

He also played for Victory in 2017-18 before departing for Saudi club Al-Ahli, later going on to play for Scotland's Hibernian and then Southend.

"After an uncertain finish in England due to COVID, the opportunity Ante has offered me to join Macarthur was something I couldn't pass up," Milligan said.

"To come back home and be part of a brand-new club in the A-League is something I never thought I'd be able to do.

"I'm looking forward to hitting the pitch and putting in the hard work, ready for our first match at Campbelltown."

Milligan joins the Bulls on a multi-year deal and is Macarthur's fourth signing after Tommy Oar, Denis Genreau and goalkeeper Adam Federici.