As the Socceroos face up to the FIFA Confederations Cup, their first tournament since the 2015 Asian Cup, they are confronted by two distinct challenges.

The first challenge is to perform well in a competitive international tournament. The second is to come to grips with a tactical identity crisis.

The second challenge is more critical than the first.

After 36 straight games in which coach Ange Postecoglou predominantly used the 4:3:3 playing system, he began in March his flirtation with 3:4:3, a formation he deems more attacking.

Four games later - three World Cup qualifiers and a friendly against Brazil - it is now clear the exercise is more than a flirtation and the head strong coach is likely to make the tactical change permanent. So stand by for more of it in the Confederations Cup.

The new approach yielded Australia two wins, a draw and one heavy loss (Brazil). It is perhaps an acceptable yield. My problem is that Australia was neither convincing nor dominant in any of those games.

In the first two, against Iraq and the UAE, all of Australia's goals were from set pieces and, as is often the case against Asian opposition, the team muscled its way to a result.

In the third, against Saudi Arabia, the Socceroos were outplayed and outsmarted by their opponents in the first half. Our team was in complete disarray, struggling to come to grips with the 3:4:3, until things changed in the second half thanks to the introduction of Behich and Kruse.

The coaching staff is denying that the substitutions were a conscious move back to 4:3:3. But to my eyes the Australian tactical posture definitely changed, especially when Robbie Kruse came on for Jackson Irvine. 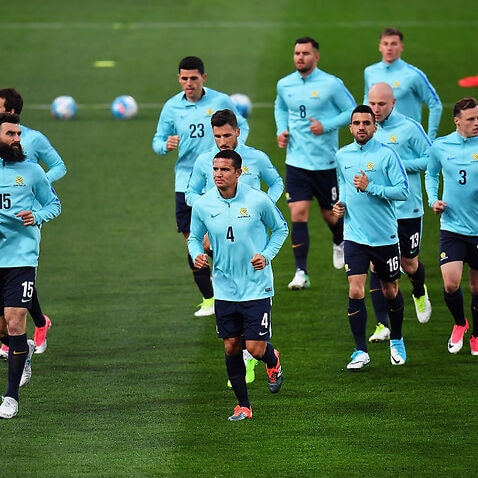 Kruse, by nature a marauding striker, was preoccupied with hunting for goals, unlike the man he replaced. As a result the game opened up as the Saudis went on the back foot. A minute after Kruse came on Tom Rogic scored Australia's third and winning goal.

What this demonstrated to me was that the 3:4:3 was not working, at least not yet. Later it was working even less when Australia got a lashing from Brazil.

The 3:4:3 with a flat back-three defence has become a rather fashionable formation of late in Europe. Its high priest is Antonio Conte, the Italian coach who has won three straight league titles with it, two with Juventus and one with Chelsea.

But Conte is not the only one. Slaven Bilic at West Ham has been a devotee, Robert Martinez favours it with Belgium and it's the system at Borussia Monchengladbach in the Bundesliga as well as Palermo and Genoa in the Serie A. Juventus used it in most of its big games last season and Luis Enrique flirted with it often at Barcelona.

One suspects that Postecoglou, a shrewd student of global trends, has been impressed and has decided to try it with the Socceroos.

He justifies this with the argument that 3:4:3 is the mother of attacking systems, more so than is 4:3:3. This is true but it is also one of the most difficult and high risk systems to play.

It relies on mature, tactically astute players and three central defenders who are tall, robust and communicative (eg Barzagli, Chiellini, Bonucci at Juventus).

It also needs much preparation and rehearsing. There was virtually none of that before Postecoglou first used it in a World Cup qualifier in March. Trying it first in a friendly or even a few practice games against lower tier teams would probably have been preferable. 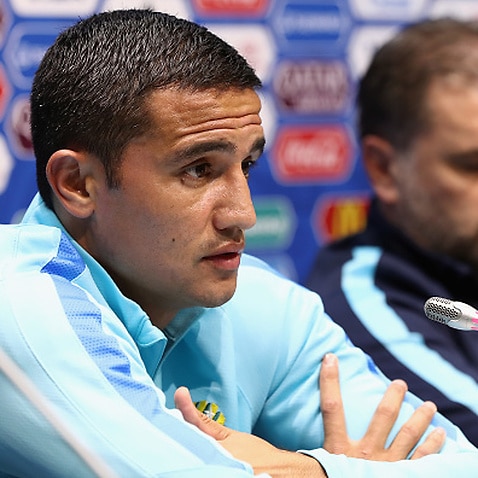 Socceroos have nothing to lose in Russia, says Cahill

At its bottom line, what is clear is that, for whatever reason, the Australians have not been able to adapt to 3:4:3 and, as yet, can't play it. I feared a mauling under that system at the hands of Brazil, which is exactly what happened.

As much as I am partial to attacking football and attacking systems, I'm not a fan of the 3:4:3.

My pet beef is that it does away with the attacking wing-back (a la Dani Alves and Jordi Alba), one of the most exciting aspects of the 4:3:3. It has wingers but only one line of them. If the opponents break through that line, as the Iraqis did in Tehran, calamity beckons.

What the well rehearsed 4:3:3 produced for the Socceroos was attacking polish and, at least at times, a beautiful flow to their game. But this was a product of team understanding and tactical cohesion built over 36 games under Postecoglou.

Now the boys have been facing a system completely unknown to them, and at a critical point in their World Cup campaign.

Postecoglou, as is his nature, remains utterly convinced that he is on the right track and it's entirely possible that the boys will get things right in the coming days in Russia.

In any event the tactical identity dilemma has to be solved, and solved fast.