Australia’s high performance chief Andrew Clark has turned down an offer to become assistant coach at Danish Superliga outfit AGF Aarhus, insisting he has “unfinished business” with the Socceroos and Olyroos.

The chance to transition from the world of sports science and strength/conditioning into the full time coaching arena came via AGF’s football director Peter Christiansen.

“It’s flattering to be offered a role of this type at an ambitious club like AGF in a good European League,” Clark told The World Game.

“But everything in life is about timing I guess - and I’m on an exciting journey with the Socceroos and Olyroos.

“An Olympic Games is coming and we’re halfway through qualifying for the 2022 World Cup, so there’s a lot unfinished business.

“I really want to be part of that, and what lies ahead played a huge part in my thought process, as did the state of the world at the moment (in the age of COVID-19).

“I have a great relationship with Peter Christiansen which stretches back a few years, and have a lot of respect for him and what he’s working to achieve there.” Brisbane in $330,000 FIFA stoush with AGF over Olyroos star Duncan

AGF - who have qualified for next season’s UEFA Europa League - is home to Australia internationals Alex Gersbach and Zach Duncan.

“I gave a lot of thought to the proposal and when I came to the decision it wasn’t an easy conversation to have with Peter,” added Clark.

Christiansen, who has been to Australia on numerous scouting missions, said he was eager to tap into Clark’s “knowledge working alongside head coach David Nielsen".

“We felt Andrew could bring something to club with the knowledge he’s gained throughout his career, and there was an opportunity with us,” he explained.

“We had some discussions about it and we ran the idea past Arnie, who I’ve known for several years through my trips to Australia.

“I got to know Andrew too, and there’s a mutual respect there between us.

“You’ve seen a number of Australian coaches now moving overseas and testing themselves and that’s a good thing for Australian football.

"I think in Andrews’s case the timing wasn’t perfect for him.” 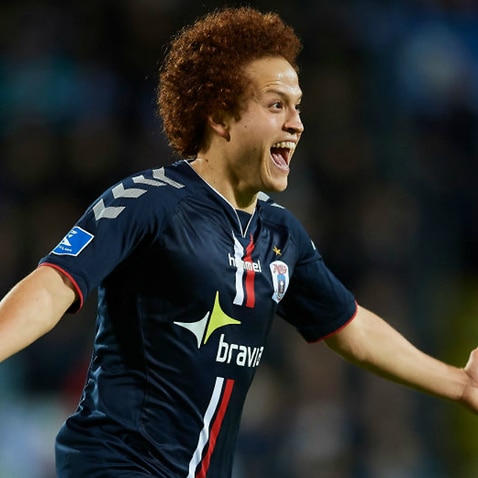 Clark is in the process of completing his AFC A licence, and Arnold said he would not have stood in his way.

“He’s been like a brother to me for 10 years (at the Mariners and Sydney FC before Australia) and we’ve worked together great,” he said.

“It’s so pleasing for me to see Andrew getting this type of respect and recognition, and these kind of opportunities.

“I believe he’s the best in the country at what he does.

“He has a great understanding of the game and a good football brain.

“He knows a lot more than just sports science and knowing how to rehab and prehab players.

“When we talk about tactics and game plans, he helps deliver what we need with the right type of training sessions for what we have in front of us.

“I think he can make that transition into coaching, 100 per cent he can.”

Clark, 45, hopes that down the track another door opens, possibly at the completion of his FFA contract in 2023.

“I definitely want to push myself and work at the highest level in a top league at some stage,” he added.

“Hopefully another opportunity comes up again at some point in the future.

“I see what other Australians are achieving now overseas, pushing themselves out of their comfort zones and proving their worth as coaches in new challenging environments. I share the ambition to follow suit.

“I’m learning so much working alongside Arnie, Rene Meulensteen and the coaching team and plan to put that knowledge to use when the time is right.”