Socceroos coach Graham Arnold would welcome a long overdue chance for revenge if Australia are drawn with Iran in the next stage of World Cup qualifying.

Arnold was a substitute in the November 1997 play-off with Iran at the MCG, coming on moments before Khodadad Azizi's equaliser on the night secured the Iranians a 2-2 draw and a spot in the 1998 World Cup at the expense of Australia.

Despite moving to the Asian confederation in 2006, that infamous match remains the last time the Socceroos played Iran - a situation that could change when the draw for the third round of qualifying for the 2022 World Cup is made on July 1.

If Australia do draw Iran in their six-team group, Arnold would relish the chance to put some personal ghosts to rest. 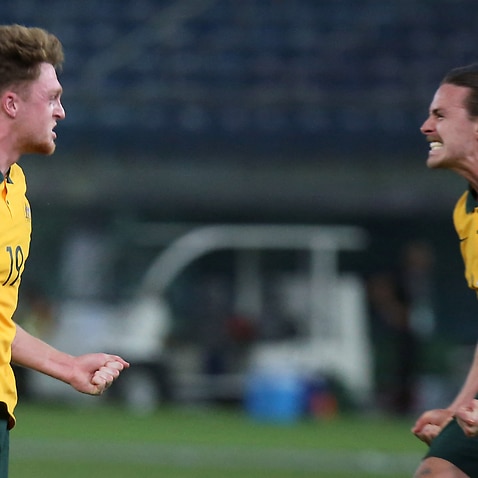 "It's amazing how many people still talk about it, '97. We hadn't qualified for all those years and we're two-nil up," Arnold said.

"A full house at the MCG, that lunatic runs on the pitch and jumps on the net and I remember all the players on the pitch at the time, they come over and it was really a breakdown in the game. Mentally we switched off.

"Instead of driving the two-nil forward, we switched off and they got back straight in the game to two-two and it was devastating."

While the prospect of a match-up with Iran is tantalising, Arnold says the Socceroos are unlikely to play any of their remaining qualifiers on home soil due to the difficulties of quarantine restrictions.

Arnold says he, his staff and his players had to endure a heavy lockdown in Kuwait to complete phase two of qualifying, as well as playing in conditions he described simply as "horrendous".

To prepare for the Olyroos upcoming Olympic campaign in Tokyo, Arnold has stayed in Dubai and says it is a situation he's struggling with. 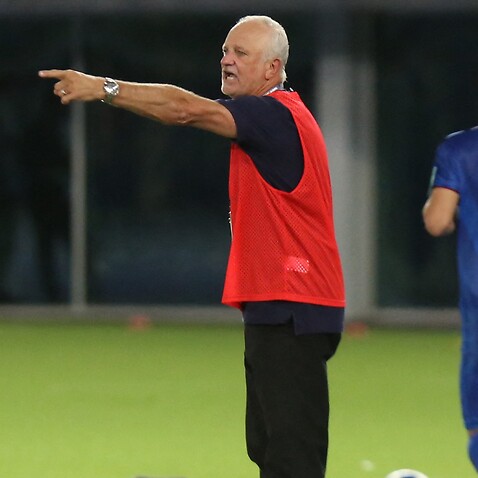 Arnold a happy coach once again after 'fantastic' Socceroos performance

"I'm not sure if I signed up for that type of stuff," he said.

"I sit here today and I can't come home and see my wife and my kids because of all the quarantine rules.

"You're asking me what's going to happen next with the Socceroos? I don't know.

"I don't know if we'll play in Australia at all this year and where we'll play overseas, I've got no idea."