Fringe Australia defender Tomislav Mrcela has secured a lucrative move to an unnamed K-League side - reported to be Jeonnam Dragons - after featuring for eight Croatian clubs in seven years.

The Perth-born dual national, who a year ago was selected by national team coach Ange Postecoclou for the Socceroos squad to face Kyrgyzstan in Bishkek, announced his intention to further his career outside of Croatia.

It’s understood the 193 cm tall centre back is in South Korea tying up loose ends on his deal and will undergo a medical after NK Lokomotiva Zagreb agreed to his departure despite having two years to run on his contract.

Mrcela made 39 appearances for Lokomotiva, once home to Socceroos striker Tomi Juric, after joining them in 2014. 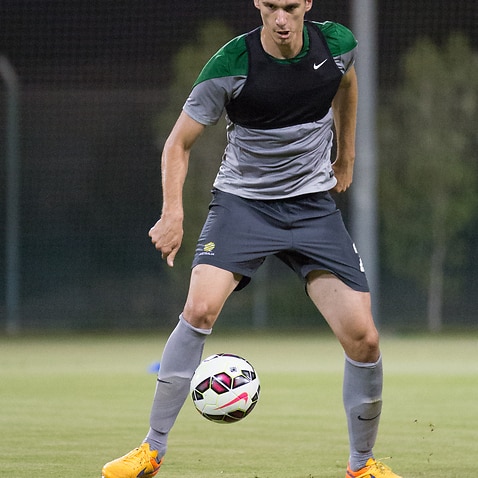 Mrcela puts his hand up for Socceroos debut

Adept on the ground and domineering in the air, 25 year-old Mrcela is hoping the move will not only seal his financial future but bring him back into the attention of Postecoglou.

The Socceroos coach has recently pinned his faith in the likes of Trent Sainsbury, Bailey Wright, Matthew Spiranovic and Alex Wilkinson while Mrcela has waited for another chance to push for a breakthrough in the green and gold.

While yet to feature for Australia at senior level, Mrcela could conceivably still play for Croatia, despite announcing last year that his preference lies with the country of his birth.