In-form Socceroo Ryan Williams is hoping for a massive next three months by helping Portsmouth secure promotion back into the Championship and winning selection in Australia’s squad for the upcoming 2022 FIFA World Cup qualifiers.

Pompey are riding high in League One on a four-game winning streak and they sit fourth on the ladder with 64 points.

Williams has been a key component for the English side this season and bagged a goal in Friday’s 2-1 win over Rochdale.

Portsmouth have enjoyed an upturn in form since manager Kenny Jacket was sacked and former Huddersfield Town boss Danny Cowley was appointed in mid-March.

The south coast outfit are now 12 points behind league leaders Hull City and Williams, who joined Pompey in 2019 from Rotherham United, believes promotion through the playoffs is their best chance.

“I don’t think we can get automatic now as the teams Sunderland and Peterborough are like 11 points ahead of us,” he told The World Game.

"Top spot is definitely out of it, second spot equally too far away, we’ve given ourselves too much to do, but I mean everybody knows that the form team going into the playoffs kind of has the best chance. If that’s us, then that’s great. “There’s a lot of attention to detail [under Cowley], which is good because it kind of takes your eye off the ladder as well. We’re working more towards performing well and playing well rather than looking just to win the game.

“We’re looking to dominate the game how we want and then the result kind of follows it. It’s been challenging for the first three games because we’ve been against three really different teams, who play very difficult shapes, so we’ve had to adapt and adjust.

“And with the manager only being here two weeks for everyone to have taken in as much as what they’ve given out so far is really, really good.”

Williams, who made his Socceroos debut against South Korea nearly two years ago, admits it has been a rollercoaster season at Fratton Park.

The 27-year-old has made 38 appearances in all competitions, scoring four goals and notching eight assists, and has played everywhere from left midfield, right midfield, as a makeshift striker and as a number 10.

But he contemplated leaving Portsmouth last year after being overlooked early in the season.

“It’s been a strange one,” Williams said. “At the start for about 10 games I couldn’t get a look in.

"I was training well, had a good pre-season but I just couldn’t get a look in, I wasn’t playing at all. 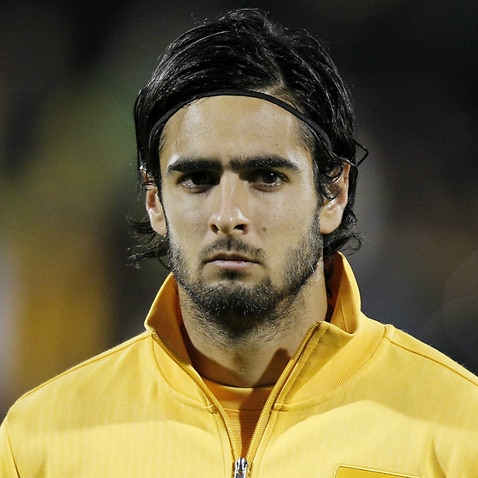 Williams determined to make most of Socceroos recall

“Me and my agent had a conversation and I said I need to leave here, I need to be going out and playing. And I spoke to the manager at the time Kenny Jacket and he said you’re going to be a part of it, and then luckily enough I ended up playing and keeping my place and that was it.

“I’ve played pretty much up until now, it’s been alright. The team’s started to do well again, we got up to Christmas and when we were top at Christmas. We didn’t really have a style of play, we were just knocking it up but it was working.

“And then teams started working us out, we lost confidence and we had a bad run. From Christmas onwards we couldn’t pick up any points. Now with the new manager coming in everything’s a lot more positive.

“Things are looking up. My family are loving it down here.”

The winger has been happy with his own form, with club manager Cowley describing him as “incredible”.

“I’ve been a lot more consistent this season,” Williams said.

“I wanted to score more goals this season, I’ve only got four but it’s more than I had last season. So I’ll take that as a bonus. I’ve wanted to be more consistent in how I play, which always helps.

“Especially under this manager, it’s a lot about pressing, which is something I’m absolutely more than capable of doing with energy.

"He said to me before the game on Friday you’ll score a tap in today, and I scored a tap in just from using my energy more efficiently, making runs into the box rather than running back.

Williams has been in contact with the national team during the past year and is after a spot in Australia’s squad that will attempt to qualify for the 2022 World Cup. The Socceroos will play four qualifiers in June in Kuwait with an extended 34-man squad to be named.

“Yeah I don’t see why not, I’ve played well this season,” the former Barnsley and Oxford United midfielder said.

“I’m just focused on what I’m doing here now anyway. I want to be involved – I’ve not hidden that fact.  We’ve had some Skype calls with the European-based players.

“It’s been good as they’ve always kept us in the loop every step of the way, making sure we know what the plan is and to do with our families.”