Australia goalkeeper Mitch Langerak is enjoying life so much in Nagoya so much that he wants his son to represent the Japan national team.

The Socceroos shot-stopper, who was given the all-clear earlier this week after testing positive for coronavirus, signed for Nagoya Grampus in 2018 and settled quickly as he described in an interview with the official site of the J.League.

“I don’t see negative aspects of living here,” Langerak said. “Especially for us having a little baby, it’s great to live here in terms of safety and cleanliness.

"My son, Santiago, was born in Nagoya. I hope he will become a member of the Samurai Blue [Japan’s national team] in the future.”

There is a precedent. Dido Havenaar was a Nagoya Grampus goalkeeper in the early nineties. The Dutchman took Japanese citizenship along with his wife and sons, one of which, Mike, became a striker and went on to play for Japan 18 times.

There is a long way to go for Langerak junior to do the same, but there are few signs of his family leaving the Land of the Rising Sun anytime soon.

“Everything is very clean and safe in Japan, and people are very polite and friendly,” Langerak said. “You can enjoy a quality life here, even foreigners like me because they are very kind to us. 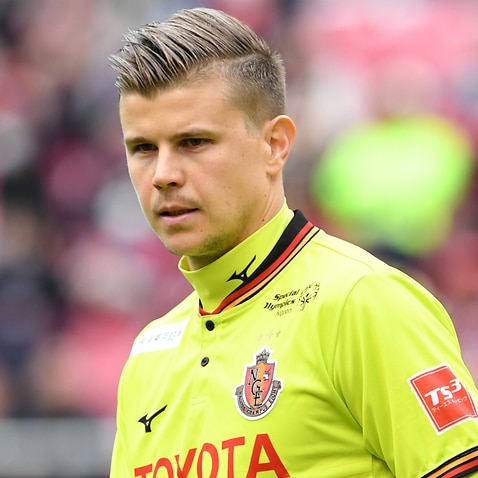 "My family and I do enjoy life in Japan. We are very happy.”

As well as Japan, the former Borussia Dortmund player was happy to sing the praises of Ange Postecoglou.

The Aussie tactician, who led Yokohama F Marinos to the J.League title last December, gave Langerak his first call-up for his country.

“He selected me for the Under-20 Australia national team, and when he became the national team coach I was there as well.

"So I’ve played four or five years under him, and we still have a good relationship. He has left big impressions on players, fans, and the people around him everywhere he’s been.

"I am not surprised at all that he’s done very well in Yokohama. If it’s not Nagoya winning the league, I am happy enough that another Australian has the chance to do so.”

According to Langerak, past criticism of Postecoglou during his time in Australia and his first season in Japan just served to make him a better coach.

“I think those criticisms made him more determined,” Langerak said. “He believes in his way and style of football, which is very difficult to perfect. 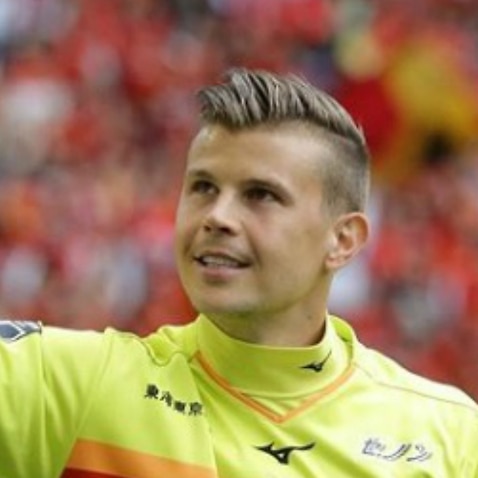 'Give me a double session, a triple, training camp' - Langerak itching for J.League return

"So I think criticism is normal, but he showed how he could get through the tough periods. He sticks to his principles; that’s very important.”

“Obviously his tactical approach is something special, and he is a very intense coach who can bring the best out of his boys with great speeches to motivate them.

"In this regard, I was interested to see how he would do it in Japan because there must be some language barrier. But they’ve had no trouble whatsoever with a translator, and we can see how his messages clearly get across to the team.”

With such Australian role models in Japan, Langerak would love to see more compatriots heading north.

“If you have the chance, you should definitely come to Japan,” he said. “It’s obviously intimidating to move to a new country in a new continent. But once you are here, it’s a really fantastic place to live and play football.

"You will get looked after, will get treated very nicely, and you won’t have to worry about anything.

“The majority of the stadiums are big, new, clean, and have many spectators. As a player you want to play in full stadiums, and you can enjoy that often in the J.League.

"It’s the opposite in Australia, unfortunately ─ we have big and nice stadiums, but not many people come to watch. So I’m very happy to play in Japan.”