Socceroos attacker Nathan Burns has opted to stay put in Japan instead of returning to the A-League, moving from FC Tokyo to Sanfrecce Hiroshima.

The J.League club confirmed on Thursday that they have signed the 29-year-old fringe Socceroo, who was recently released from his contract with FC Tokyo.

Adelaide United and Newcastle Jets had both expressed their interest in recruiting Burns for the upcoming season but he will remain overseas as he aims to put himself back in Ange Postecoglou's selection frame ahead of next year's World Cup.

"I am honoured (to join) Sanfrecce Hiroshima, which is one of the most successful clubs in Japan," Burns said via club's website.

Burns made just 26 league appearances in two and a half seasons with FC Tokyo, scoring three times after moving from Wellington Phoenix in 2015.

He has not played a minute of senior football this year and was only included in a J.League match-day squad once - as an unused substitute - after falling badly out of favour with coach Yoshiyuki Shinoda, who demoted him to the club's under-23s squad. 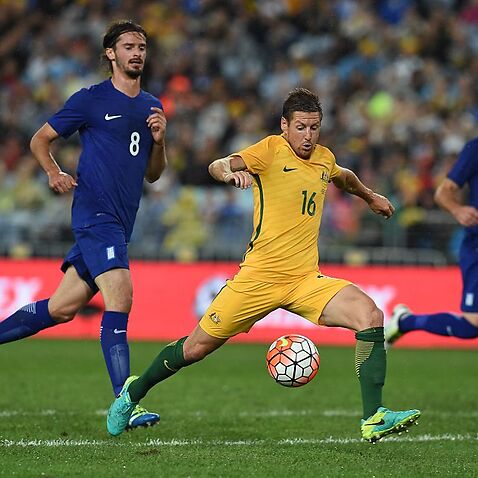 Burns was not selected in Postecoglou's squads for the 2017 FIFA Confederations Cup or the recent clashes against Saudi Arabia and Brazil, and has not played for the Socceroos since the 2-2 draw away to Thailand in November last year.