Manchester United Women's first ever match at Old Trafford this weekend will not be televised.

The club have taken advantage of a gap in the busy Old Trafford schedule to move their Women's Super League match against West Ham there from Leigh Sports Village.

But the number of potential spectators for this historic event will be curtailed by several unfortunate circumstances.

The game will be played behind closed doors due to COVID-19 restrictions, for starters, TV broadcasters BT Sport and the BBC had already selected other matches (Chelsea v Aston Villa and Manchester City v Reading respectively) before the venue changed, and it can't be shown via Man United's MUTV channel either because they've already aired the maximum (three) permitted WSL matches per season. 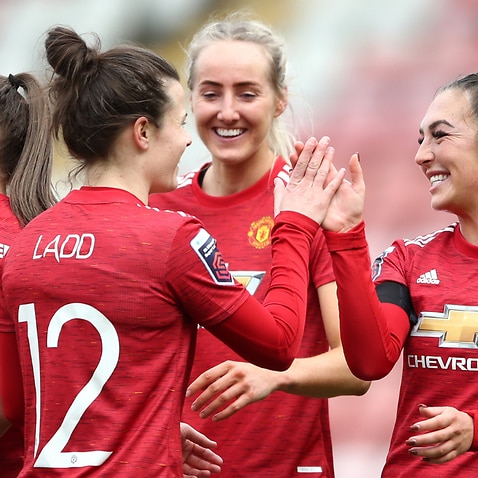 So while the match will be streamed on the English FA's free online platform, it will not be shown on television - a frustrating turn of events for Man United coach Casey Stoney.

"I think the real shame is that we're not allowed to broadcast it."

"Again, we're so short-sighted in the women's game, because we've used our three games for MUTV and we can't broadcast it.

"I'm really disappointed that no-one's picked it up.

"The FA have been badgering and badgering about playing at Old Trafford, and now all of a sudden, we can't show it."