Wesley Sneijder wants to return to Serie A and is keen on a move to Sampdoria, with his club Galatasaray bringing in Younes Belhanda as a potential replacement.

Belhanda completed his €8million move from Dynamo Kiev on Friday, signing a four-year deal, with Galatasaray set to make further payments if they return to the UEFA Champions League.

But the Turkish Super Lig outfit, who finished fourth in the table last season, could lose Sneijder as the player's agent has confirmed the 33-year-old's interest in a move away.

"He wants to go to Sampdoria, it is his first choice among all clubs interested," Sneijder's representative Guido Albers told Il Secolo XIX.

"Wesley has always won over the fans wherever he’s gone, never a problem, never a controversy." 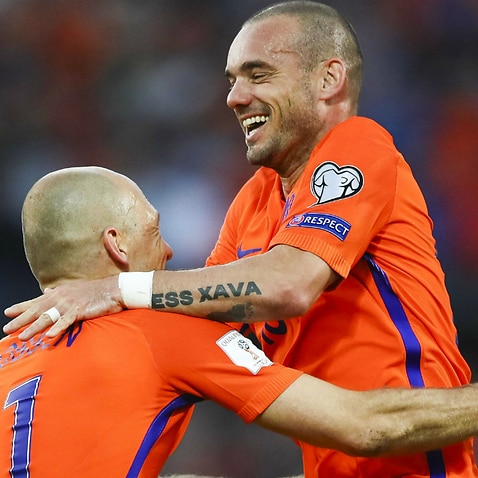 Former Real Madrid midfielder Sneijder, who this month became the most-capped international in Netherlands history when he scored in a 5-0 World Cup qualifying win against Luxembourg, won the treble with Inter in his last spell in Serie A.

But Belhanda is hoping Sneijder stays at the club after he rejected a move to Gala's Turkish rivals.

"Playing with Sneijder will be a great pride for me and I am very excited to play with very technical and good footballers," the Morocco international said.

"It is not necessary to argue in this regard, it is the number one club in Turkey, the only Turkish club in Europe that has gained success. Fenerbahce and Besiktas had requested me before Galatasaray came in."

Galatasaray, who have already brought in striker Bafetimbi Gomis from Swansea City this week, are also closing in on the signing of Brazilian defender Maicon from Sao Paulo.