Three-time A-League champion Matt Smith, who now plays for Bangkok Glass, has warned that Australia are in for a tricky game when they face Thailand in the forthcoming 2018 FIFA World Cup qualifier in Bangkok.

The Socceroos should overpower the winless Thais at the Rajamangala Stadium on November 15 to consolidate their second position in Group B two points behind Saudi Arabia, who are away to third-placed Japan on the same night.

Smith, who was a member of the Brisbane Roar team that won the championship in 2011, 2012 and 2014, said he was confident Ange Postecoglou and his players would not underestimate their opponents.

The match is expected to go ahead in Bangkok after the Football Association of Thailand reportedly went back on their decision to seek a relocation of the match upon the death of long-time King Bhumibol Adulyadej as a sign of mourning for their beloved monarch. 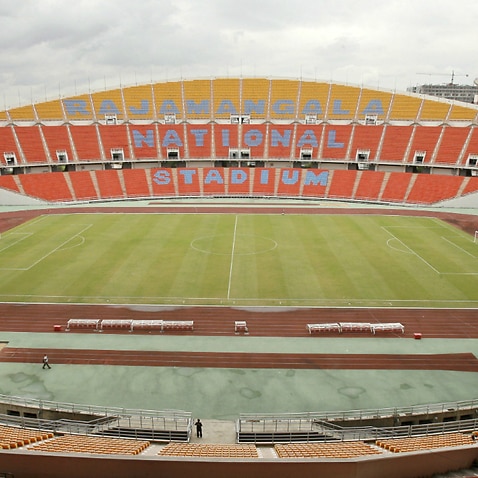 Football Federation Australia have not received official confirmation of the status of the match yet.

"Thailand obviously have not had the greatest of results in this World Cup campaign," Smith said.

"However there are some very good players in the Thai national team and they will be up for the game at home.

"And I can tell you it won't be easy for the Socceroos.

"I'm very confident that Ange and his staff will not take anything for granted and will show Thailand the utmost respect.

"However they will have to perform to come away with the points.

"He plays in the No 10 role, is very clever on the ball and is a threat in attack. They call him 'Messi J'."

Smith could not speak highly enough of the "surprising" level of football he encountered in the Thai Premier League.

"One of the reasons I joined the club is because of how they sold themselves to me," he said.

"They are ambitious and want to be challenging for the honours every season. And they have the resources and facilities to do so.

"The Thai players are technically very impressive. There are some quality foreigners in the league too which makes the competition pretty strong. Thai football is better than most people in Australia think and I'm enjoying the challenge."

Smith signed for Bangkok in December 2014 after Brisbane agreed to let him pursue his career abroad.

He has two more years left in his contract by which time he will have taken the first steps towards becoming a qualified coach.

"The 2016 season is finished now because the league has been stopped with three rounds to go due to the king's death," he said.

"We've had a good year and we have come third. I have two more years left here which will take me up to the end of 2018.

"The Asian Football Confederation are running a C-Licence course in Bangkok from mid-November.

"Then you have to wait another year for the B-Licence so by the time I finish playing hopefully I will have only the A-Licence left to do.

"I want to become a coach but at the moment I will just try to concentrate on finishing my career."

Smith has welcomed the recent arrival of former Socceroos striker and Olyroos coach Aurelio Vidmar as the club's head coach.

Smith said he was looking forward to working with 'Viddie' for an entire season from 2017.

"It's good to have Viddie and his staff here and with a full pre-season next year and some recruitment I am convinced we'll have another strong season," he said.