The last time Tottenham Hotspur were champions of England in 1961, Soviet cosmonaut Yuri Gagarin became the first human to orbit the world in space and John F. Kennedy was inaugurated as United States president.

It is probably too early to tell if Spurs will reach for the skies by landing their third championship or if manager Jose Mourinho will be proclaimed the new king of English football.

The top-of-the-table clash between Liverpool and Spurs at Anfield was never going to determine anything other than provisional leadership of the competition yet the visitors gave more than a good account of themselves before crashing to a last-gasp 2-1 defeat.

The loss will however raise questions whether the Londoners are being held back by manager Mourinho's pragmatism.

Liverpool dominated the first half in terms of possession (whatever that's worth) while Tottenham - hardly unexpectedly - opted for a prudent approach in what will be one of their toughest matches of the season.

After Mohamed Salah and Son Heung-min traded goals in the first half, Spurs came out firing after the break and had enough chances to win two matches.

Harry Kane and particularly Steven Bergwijn, twice, should have put Mourinho's men ahead but they snuffed golden opportunities. 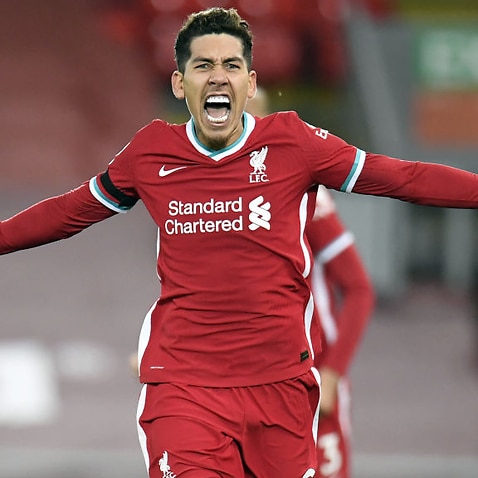 Liverpool were under the pump at that stage ... no wonder agitated Jurgen Klopp looked like a cat on a hot tin roof, barking instructions to his men in a bid to stem the Tottenham tide.

Yet instead of pressing home their territorial advantage, Spurs inexplicably put the brakes on their momentum and dropped more men deeper to protect the point they had originally come for.

Mourinho must have reckoned, 'okay, we've tried to win the game but it's not happening so let's get out of here with at least a point'.

Liverpool saw the opportunity and pushed hard for a winner which came from a firm header by Roberto Firmino from a corner.

Mourinho was visibly shattered by the dramatic turn of events but the reality is he has a lot to answer for after a very avoidable defeat.

Same as they did in their previous outing against Crystal Palace, Spurs chose to close out a game by abandoning their attacking instincts in favour of a cautious approach.

Same as what happened at Selhurst Park, they conceded late, but this time Firmino's header was far more crucial.

And Tottenham knew exactly what they were getting when they engaged the man who excels in helping clubs win trophies after long droughts ... as he did at Porto, Chelsea and Internazionale.

But the popular club and their legion of fans who are accustomed to watching their team play football 'the right and proper way' also must accept that, with Mourinho at the helm, any notion of romance would be a thing of the past and winning ugly will become the norm not the exception.

Spurs fans won't begrudge the Portuguese if he manages to bring the premiership to Tottenham Hotspur Stadium after 60 years of tears and frustrations.

Many neutrals, however, would love to see them do it in style befitting a club with a great tradition.