While Sydney FC stunned champions Guangzhou Evergrande Taobao in the AFC Champions League and melbourne Victory snared a point on the road at Gamba Osaka, Pohang Steelers and Shanghai SIPG recorded their first wins of the group stage.

Goals from Elkeson and Wu Lei helped Sven-Goran Eriksson's Shanghai SIPG to a 2-1 win over Suwon Bluewings in Group G. 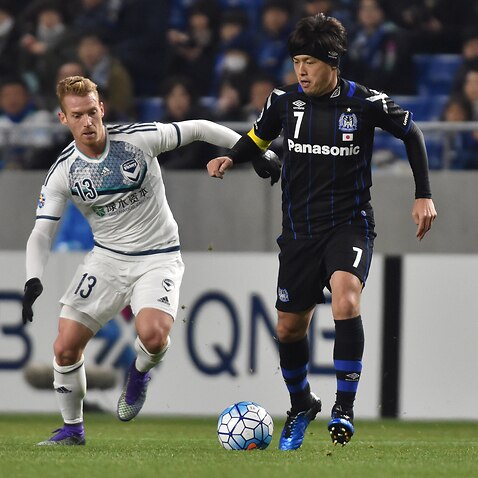 Pohang Steelers are top of AFC Champions League Group H after a 1-0 win over Urawa Reds.

Son Jun-ho's 20th-minute penalty settling the clash despite the midfielder later being sent off. In Group D, Nasaf beat Al Ahli 2-1 while 2003 champions Al Ain were defeated by the same scoreline by El Jaish, whose victory made it two wins from two for the Qatari side.

Tractor Sazi also have six points to their name at the top of Group C after a 1-0 triumph at Al Jazira.

Al Hilal eased to a 4-1 win over Pakhtakor thanks in part to a double from Khalid Al Kabi.