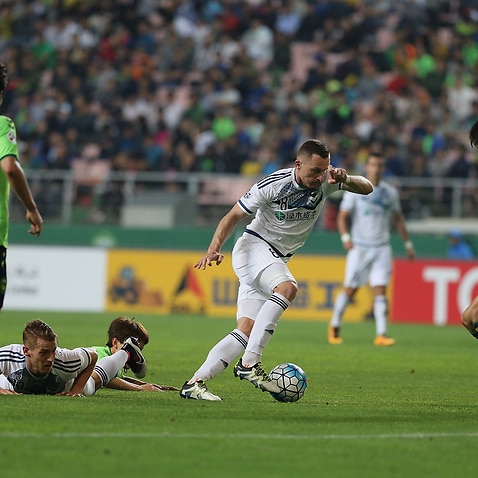 Shanghai SIPG booked their place in the last eight in dramatic fashion as they defeated FC Tokyo on away goals.

Sven-Goran Eriksson's men lost the first leg 2-1, but did just enough in the return at Shanghai Stadium to advance, recording a 1-0 win courtesy of a 90th-minute goal from Wu Lei.

Lokomotiv Tashkent beat Al Hilal 2-1 to reach the quarter-finals after their goalless draw in the first leg.

Islom Tuhtahujaev opened the scoring halfway through the first half, with Sherzod Fayziev doubling the hosts' lead after the break.

Mohammad Al Shalhoub pulled one back when he converted a penalty late on, but it was too little, too late.

Al Nasr are also through, despite a 3-1 away loss against Tractor Sazi, having won the first leg 4-1.

Salem Saleh opened the scoring after 16 minutes to give his side a comfortable 5-1 lead on aggregate.

Tractor Sazi refused to give up, though, and a brace from Farzad Hatami and a Mohammad Iranpourian effort got them right back in the tie with 17 minutes to play.

But they were unable to complete their comeback as Al Nasr held firm in the closing stages of the game to progress.