Bolivian club Universitario have been branded "shameful" after an unpaid wages dispute saw them field youth players and forfeit their match with Wilstermann after going 7-0 down at half-time.

Universitario's first-team players are on strike due to allegations of not being paid, meaning coach Oscar Sanz had to use youth players, with 15-year-old goalkeeper Santiago Arancibia among them.

Such was the gulf in class between Universitario's youngsters and Bolivian Primera A leaders Wilstermann's first team, the hosts were 7-0 up by the interval.

Only seven Universitario players returned for the second half, as four opted not to return after apparently picking up knocks in the first, with coach Sanz's hands tied due to no substitutes being named for the match.

And just a few moments after the second half started, a fifth Universitario player claimed to be injured, forcing the visitors to forfeit the match as they had just six players.

Wilstermann coach Alvaro Pena slammed them after the game, saying it is "more scandalous" to give up at 7-0 down than to carry on and lose by an even more humiliating scoreline. 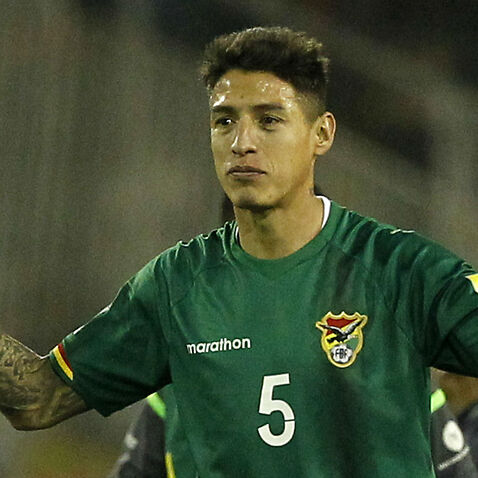 Pena said: "A finish like this is worse than losing 20-0. It is more scandalous to lose leaving as they did now, because this is more shameful."

But Ricardo Pedriel, who scored a hat-trick, sympathised with Universitario's situation.

"We came out to the pitch with the mentality that it was a normal game," he told reporters. "It does not matter if they were youngsters or were the starters, the first team.

"We went out with the idea of making a good game. Unfortunately, what happened, which was they left, they retired, is not the boys' fault.

"This happens only in Bolivia, and I hope everything will improve, for their club, and for football in Bolivia."

It is not the first time Universitario have been involved in such an incident.

In 2015, a 3-0 win was awarded to Bolivar when a team of youth players was reduced to six due to an injury. Universitario had initially tried unsuccessfully to have the match postponed because of a conflict with Copa Libertadores commitments.

It is unclear whether the Bolivian Football Federation will punish Universitario for their actions.