Spezia registered their first ever win over Serie A leaders Milan as Giulio Maggiore and Simone Bastoni sealed a famous 2-0 triumph at Stadio Alberto Picco.

Milan fell behind 11 minutes into the second half when captain Maggiore opened his league account for the season from close range before Bastoni added a sumptuous second after 67 minutes.

The result means Inter – who Milan face next weekend – can leapfrog their rivals at the league summit if they overcome Lazio on Sunday. 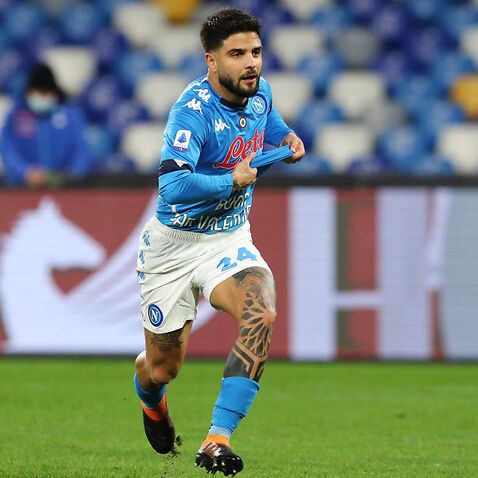 Milan started sluggishly and would have fallen behind after 13 minutes had Gianluigi Donnarumma not superbly pawed over Riccardo Saponara's powerful close-range strike.

Theo Hernandez and Alessio Romagnoli both headed wide before the half-hour mark as Milan belatedly woke from their slumber, although Pioli's side were unable to test Spezia goalkeeper Ivan Provedel before the interval.

Spezia deservedly went ahead in the 56th minute when Maggiore slotted into an empty net after Romagnoli's last-ditch tackle on Matteo Ricci had diverted the ball into his path.

A shellshocked Milan fell further behind 11 minutes later when Bastoni whipped home a glorious stike from 18 yards after Nahuel Estevez had rolled a free-kick back into his stride.

Milan poured forward late on, but Spezia held on to record what is comfortably the most impressive win in their debut Serie A campaign.

What does it mean? Woeful Milan deservedly punished

Spezia have acquitted themselves superbly in their first ever season in Serie A, but few expected them to pull off a result as emphatic as this.

Milan were dismal and can have no complaints with the result. The hosts had a whopping 17 shots to their seven, while the fact not a single one of those was on target should be cause for concern for Pioli.

Bastoni capped a fine display with a truly wonderful second goal for Spezia. The left-back was in the thick of the action elsewhere, making two key passes and gaining possession a joint team-high nine times.

Leao the worst of a bad bunch

Not a single Milan player can hold their head high after this display, but Rafael Leao should be particularly displeased with his contribution. The Portuguese did not have a single shot, lost possession on 11 occasions and completed just 43.8 per cent of his passes.

Milan face Red Star Belgrade in the first leg of their Europa League round-of-32 tie on Thursday before that mouth-watering derby with Inter next Sunday. Spezia, meanwhile, will have a spring in their step when they travel to Fiorentina in the league on Friday.