Brad Jones has rocked Saudi Arabia champions Al Nassr by rejecting a contract extension according to sources at the club.

The Australian goalkeeper has been the top performing number one in the country since arriving from Feyenoord in 2018, playing a major role in the Riyadh club’s title success last season and the club’s defence this year.

The problem is the coronavirus outbreak. The 38-year-old’s hugely successful two-year deal is set to expire at the end of this month but the season, in which eight of the 30 games are still to be played, is currently postponed and is expected to be finished in September.

The club has offered an extension to October 5 but the former Socceroo reportedly wants a one year deal as leaving later this year would mean that the European transfer window - and most others around the world - will be closed, making it difficult to find a new club.

“Many clubs in Saudi Arabia are facing this problem especially with foreign players,” a source at the club told The World Game. 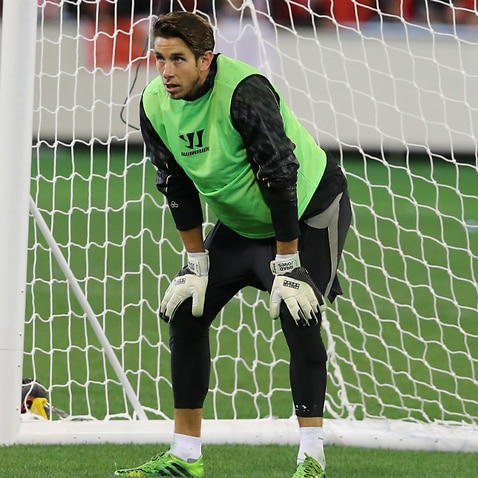 Saudi rule change could force Jones out of Al Nassr “If they stay until the end of the season then they will find it hard to move elsewhere and it can be a dilemma for all parties."

The situation with Jones should not be a major headache however.

"He is the best goalkeeper in the league and it is vital that he stays until the end of the season if Al Nassr are going to win.”

With eight league games still to play, Al Nassr, who have conceded the least amount of goals in the league with Jones keeping 11 clean sheets, are in second place six points behind leaders Al Hilal.

The Saudi Arabian Football Federation reminded clubs, a number of which are struggling financially, last week that players whose contracts are due to expire at the end of the month  - a significant number given that marks the usual end of the season - must be offered extensions or new deals before being able to train ahead of the planned resumption of the league on August 4.